A few weeks ago my older brother rang me to tell me he was moving house, having a clearout and to ask if I wanted this wonderful wooden castle our Dad made for him before I was born. I used to play with it all the time in my youth (he's 10 years older than me), setting up my Deetail and Timpo knights in it, so I was absolutely delighted to be able to play with it again. I guess it must have been made in the early 1960s, and as you can see has stood the test of time remarkably well. It's mainly made of plywood and hardboard, most of the pieces being screwed together with brass flat head screws. 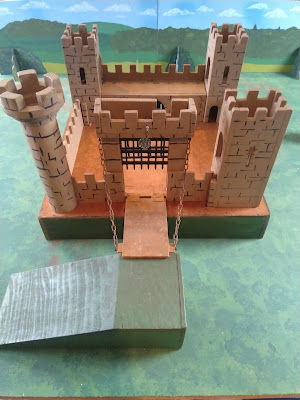 Much as I was tempted to, I didn't want to start a new collection of 1/32 toy knights, so I thought I'd try my Toyhammer figures out for size, and they work perfectly...better than 1/32 ones really. 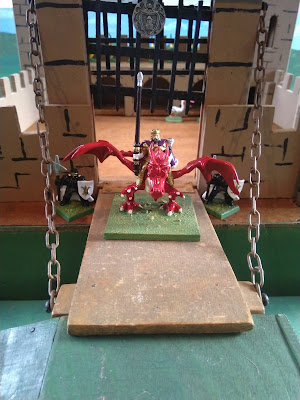 King Lodwick rides out to do battle. 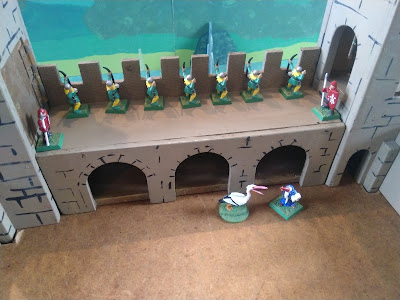 Archers man the battlements while Merkin gives his familiar instructions. 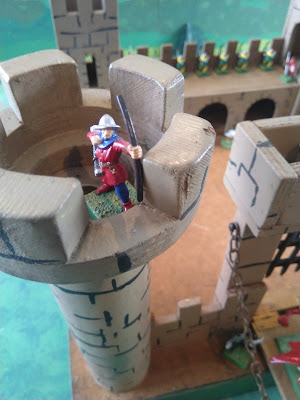 An archer in a lofty tower....which was made from a rolling pin apparently. 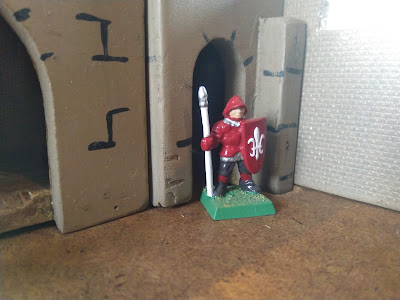 This little archway was always my favourite part of the castle when I was playing with it in the early 1970s. 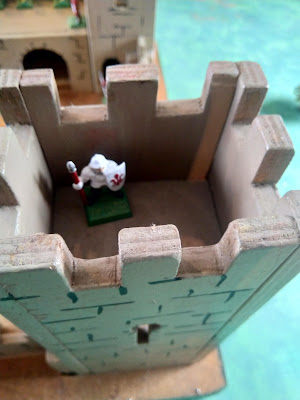 The main towers are a bit deep for 28mm figures to see over the battlements, but I will make some slot in wooden blocks for them to stand on. 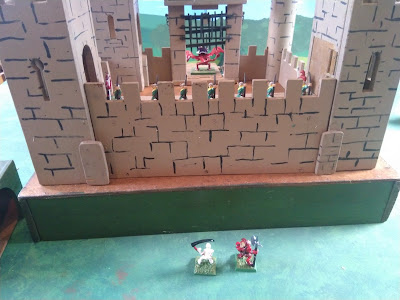 The rear wall forms a formidable obstacle to 2 scouts from the forces of evil. 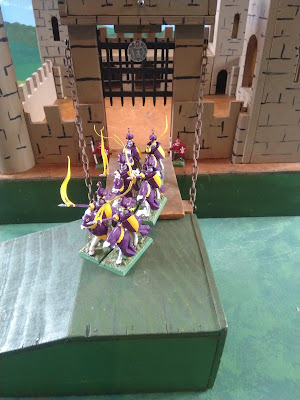 Knights of the Purple Pim ride out on a quest over the working drawbridge. 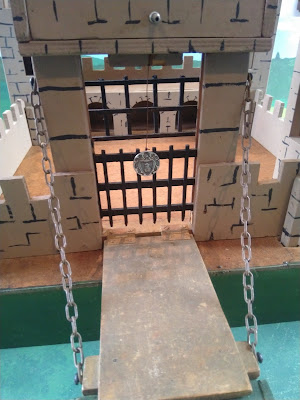 The portcullis is lowered (this was added by my Dad in the 70's). The climax of my battles always ended with the chief baddie being trapped underneath it. 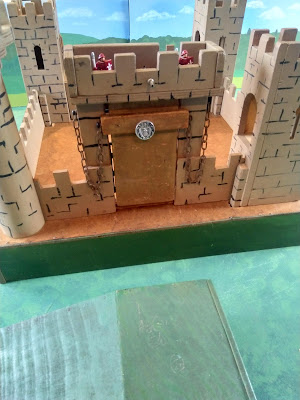 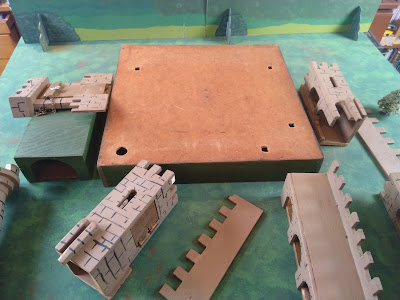 The castle comes apart. Note the storage vault under the green slope that leads up to the drawbridge. 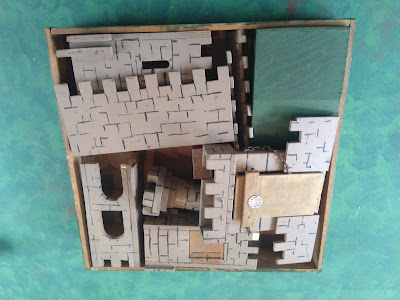 and the pieces pack away into the base.
I'm so excited to be able to play with this again and envisage many battles and sieges taking place in the near future.
Posted by Springinsfeld at 07:59

Email ThisBlogThis!Share to TwitterShare to FacebookShare to Pinterest
Labels: Toyhammer