In the Project Aon battle day pictures is this splendid unit of green Hobgoblins and orcs. 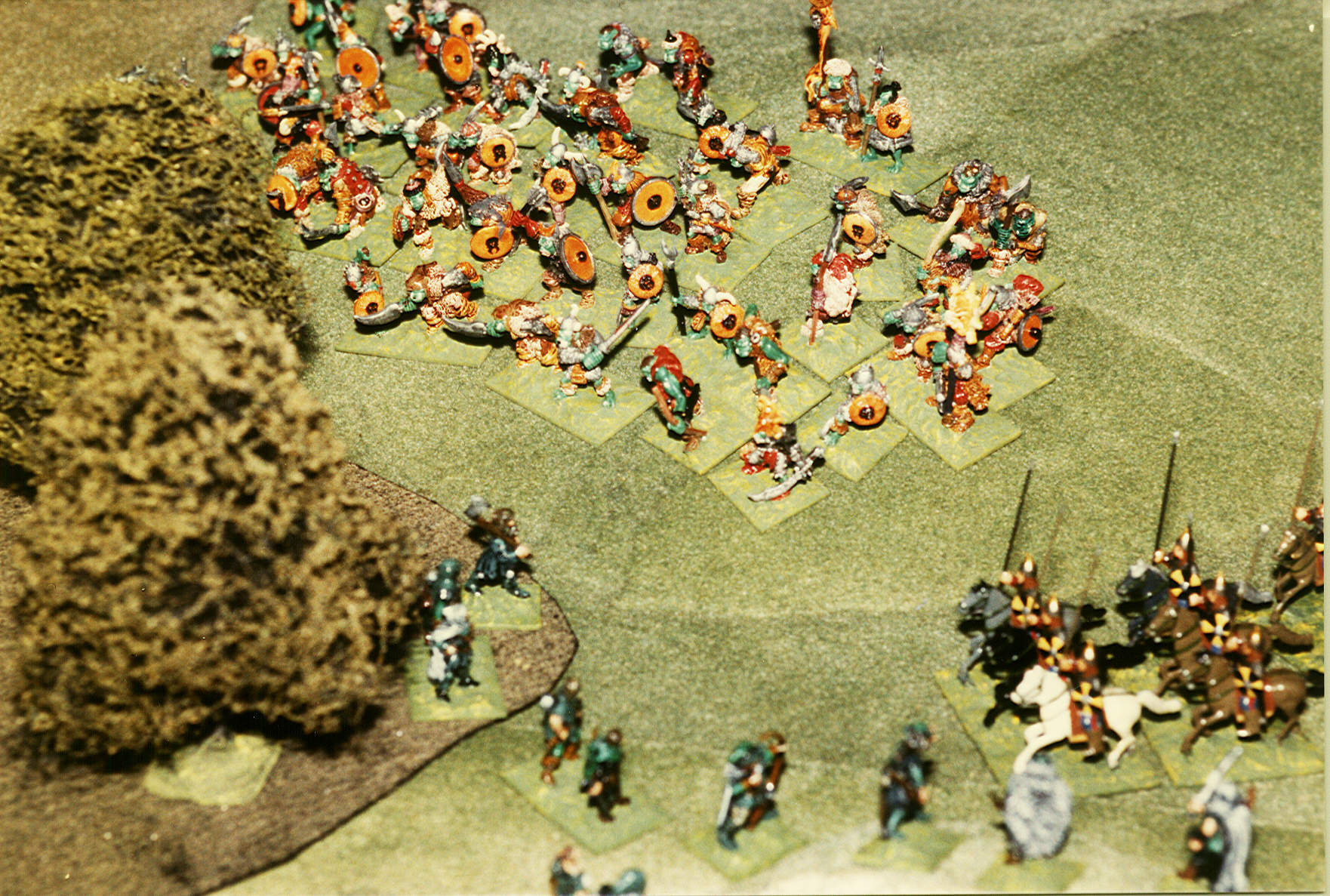 It was about 60% depleted when I took charge of it, with missing or rotted figures. I've tried to replace them like for like and paint them as they were originally done. Joe used a lot of inks on these, so Citadel contrast paints were really useful. When I came to take the pictures here, I was pleased that I had a job telling which were original and which were mine. 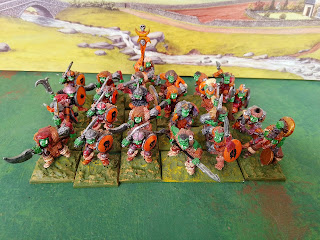 above are the survivors, below the rotted. 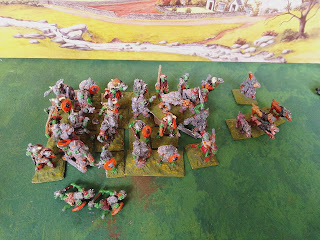 below, the regiment back to strength as far as I can know. One figure is being repaired by Geoff at Oakbound Studio, and I need to work on the banner I think they had.

Below, Joe's and mine mixed. I hope you can't tell the difference. 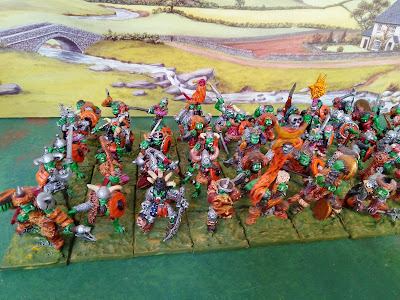 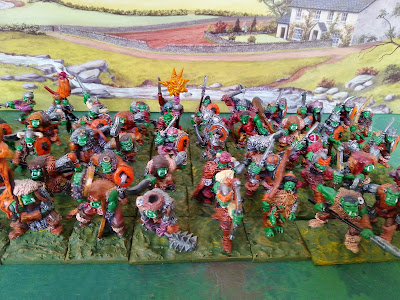 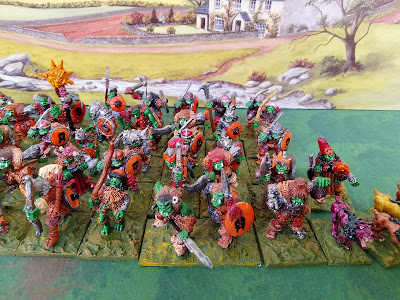 Below, a few shots of the replaced figures on the left, and the rotted orginals on the right. I haven't shown them all, but just a few to give an idea of how I copied the paint schemes. 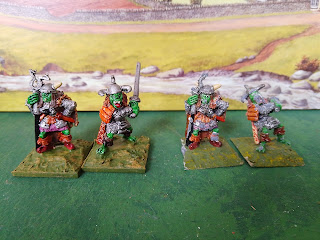 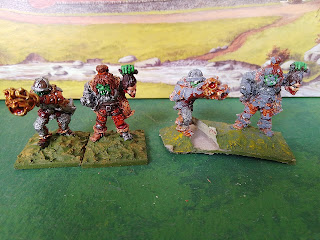 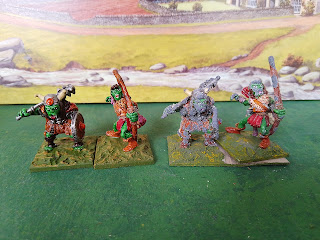 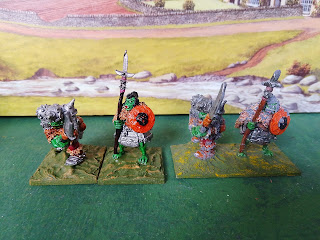 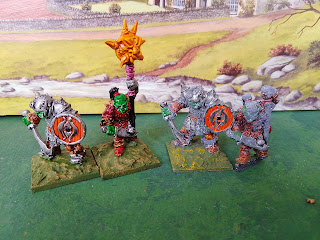 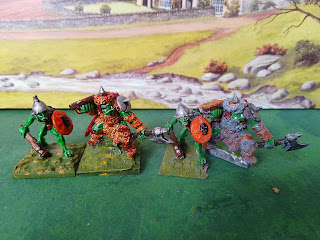 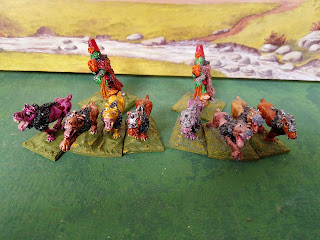 It was a really fun project to complete, and I hope they will see battle soon.

Posted by Springinsfeld at 10:00