I don't think I've ever ranted on this blog, but I'm of an age it's considered acceptable, or even expected. So here goes...

I've recently joined a few historical wargaming Facebook groups, mainly to find out what's going on and to look at other people's Italian Wars armies. This was about a week ago, and in that time I've seen several posts along the lines of "I'm new to the period...what figures do I need and how should I paint my army".

FFS, go out and do a bit of research! You don't even have to spend any money as it's all online,  but you could even buy a book or two, and read them.

Back in my day ( I've always wanted to use that phrase) we had George Gush's Renaissance Armies and an Osprey book and that was about it other than the library ( do they still exist?), but now everything you could possibly need is available at the click of a button and still these people need to be told what to do. 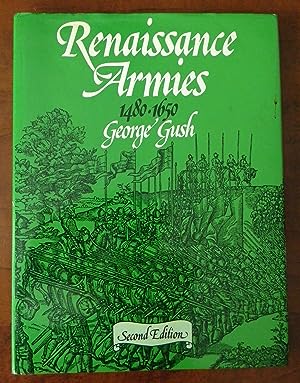 Even on fantasy FB groups, I see similar questions. USE YOUR IMAGINATION.

It seems to be a general trend as well. Every day now at work I get the phrase "what should I plant in my garden?" Countered by "What do you like?" The response being invariably "I don't know."

Would these people go into Sainsbury's and ask "What shall I have for dinner?". Only a matter of time until that happens.

Posted by Springinsfeld at 08:25