Over on the Project Aon site here

is a description from lucky fellow who attended a battle day at Joe's house. I was ecstatic to find these pictures as they provide another glimpse of Joe's collection. I'm lucky enough to be custodian of many of the regiments shown, but those I don't have, I am recreating.

The commander of the evil forces on the centre left of the first picture appears to be a Ral Partha necromancer with Minifigs Monk Spirit attendants. 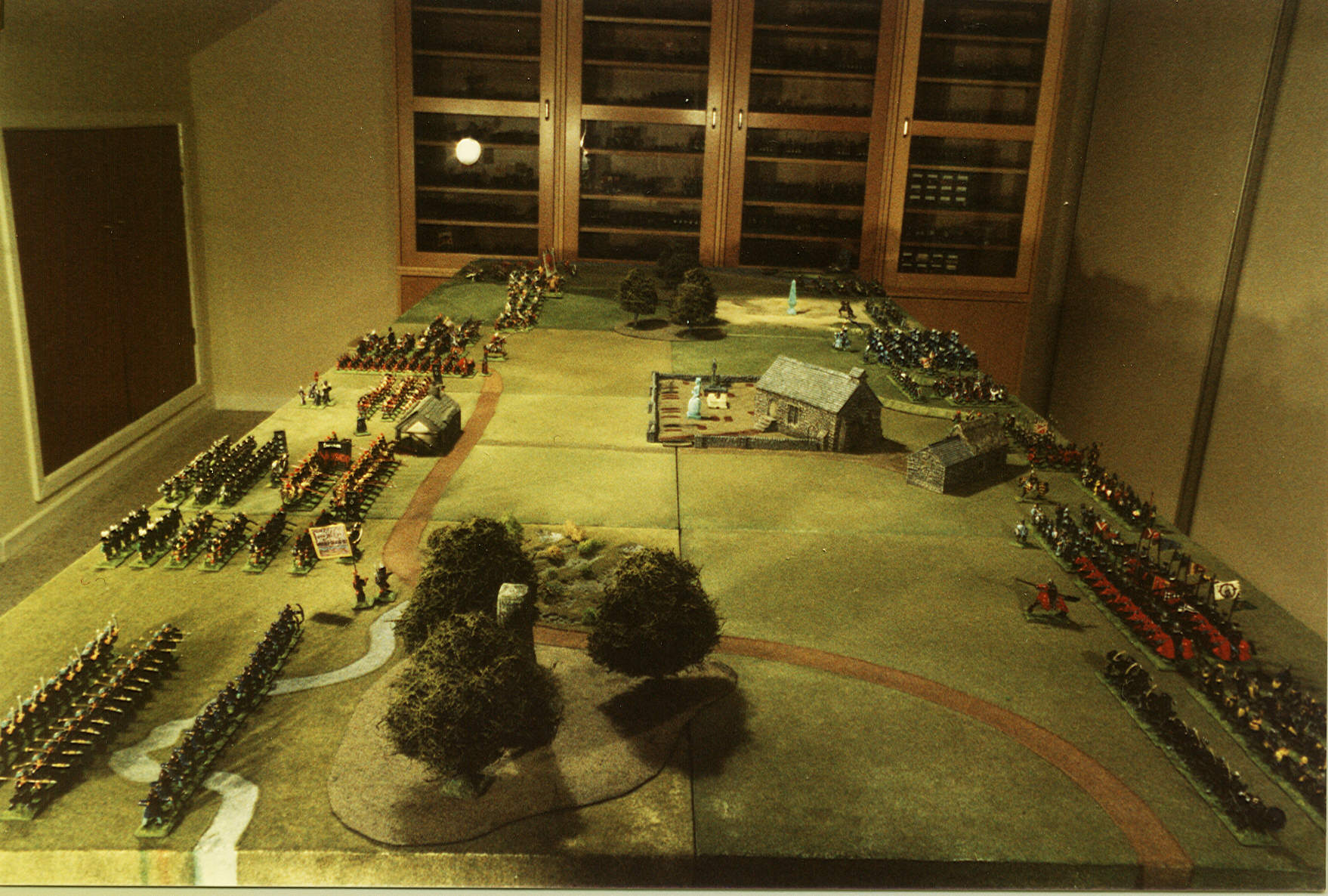 He is glimpsed in a couple of other shots too, below in the graveyard to the right of the turquoise statue. 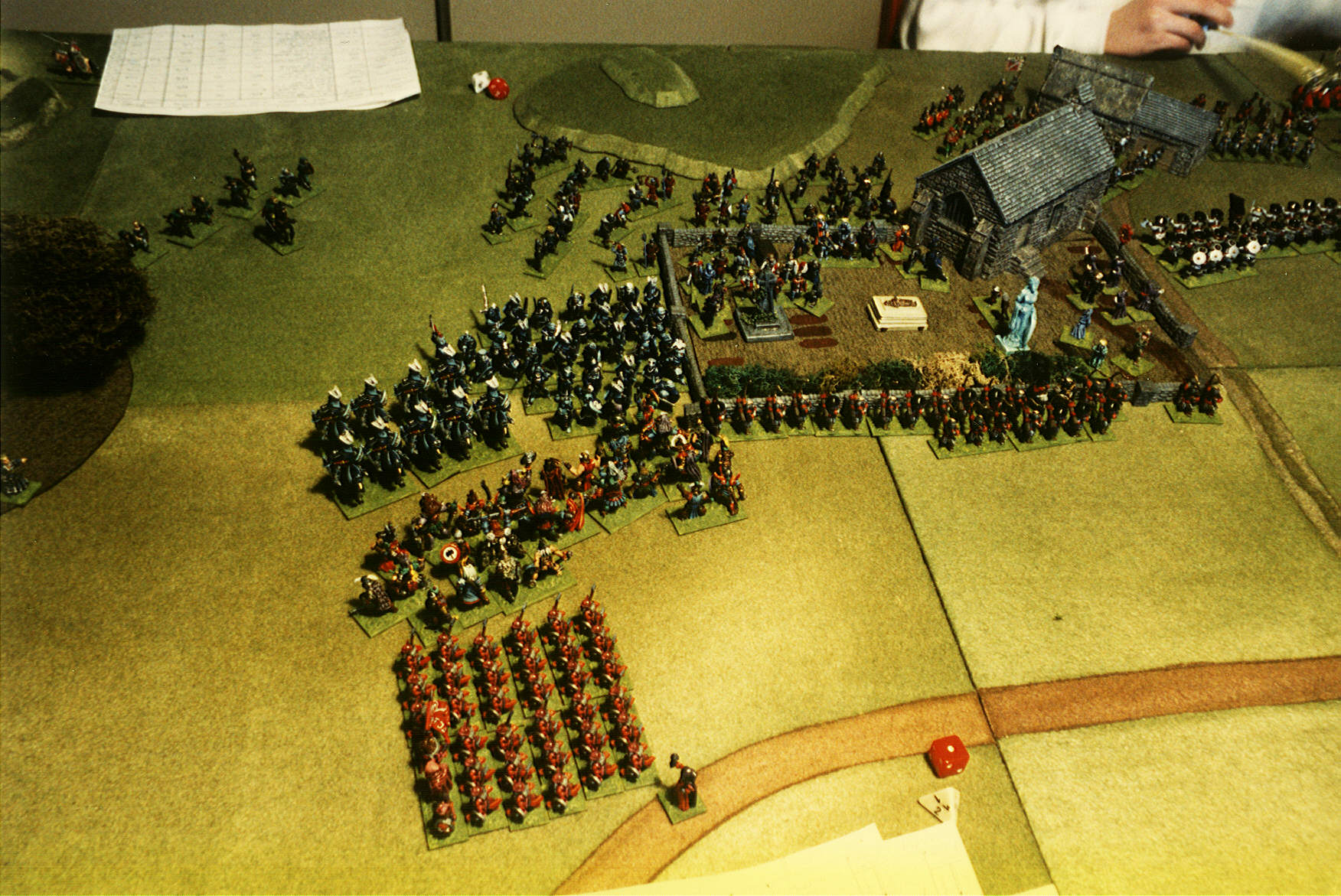 and below from the rear exhorting the dead to arise no doubt. You can see his wraith like monk spirit attendants a bit closer here. 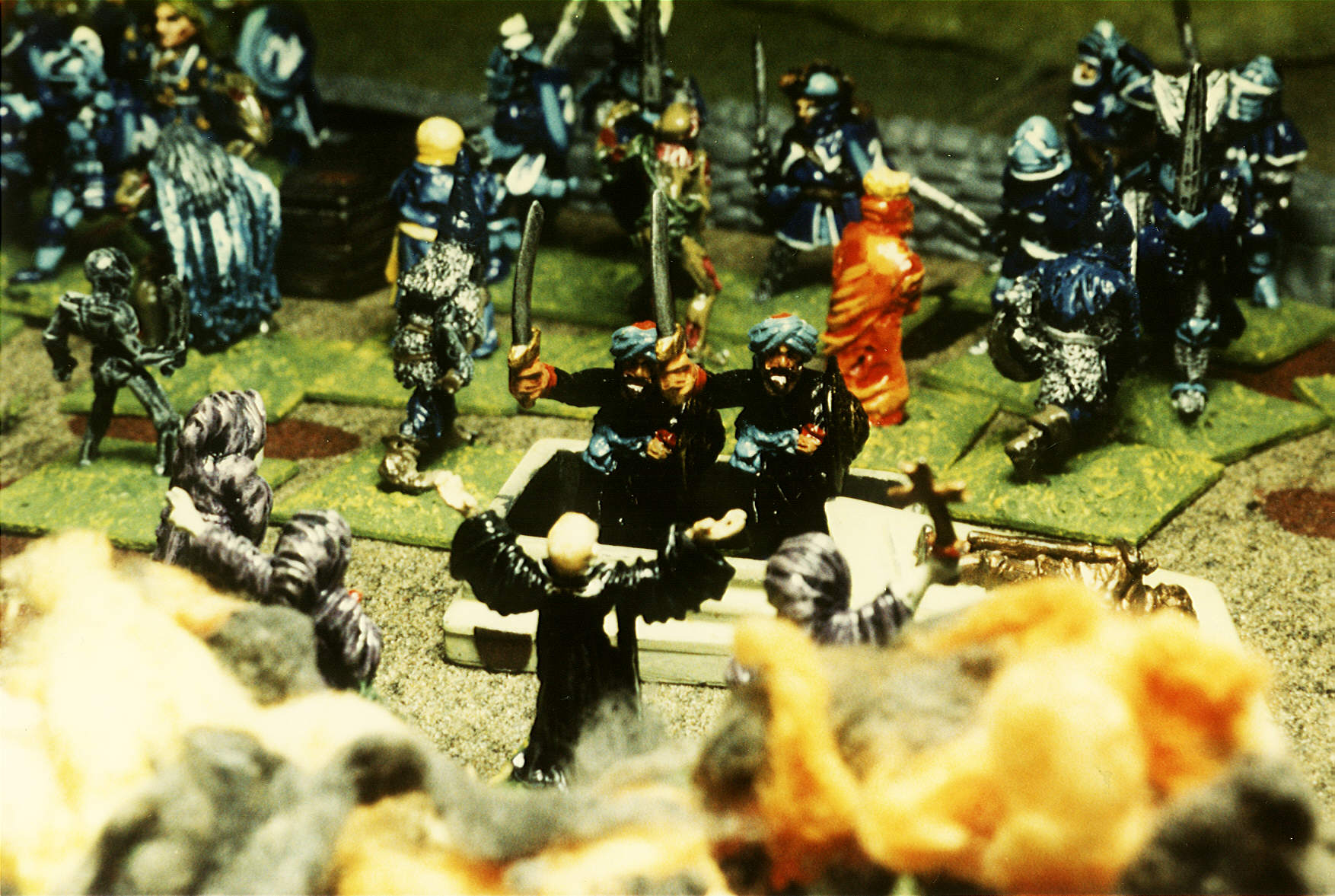 I have a hunch that this is the figure used by Joe to represent Lord Vassago in the Thistlewood scenario in WD43. Certainly the red and gold cavalry (Minifigs Parthian cataphracts btw) on the left in the first picture carry a banner which reads Emperor Vassago ( I have the banner, rather than unnaturally good eyesight).

Anyhow, as I didn't have the evil overlord and attendants, I set about copying Joe's. 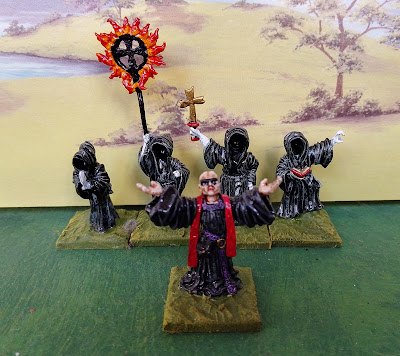 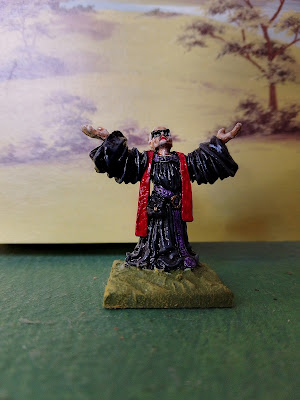 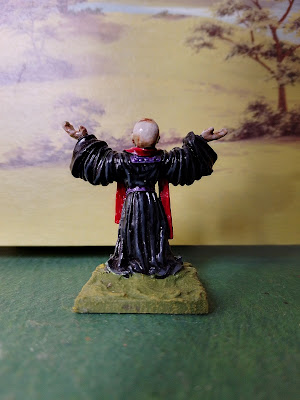 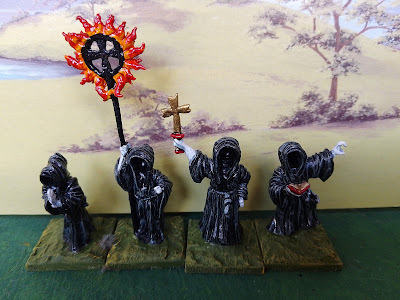 Posted by Springinsfeld at 06:32