Lurking in Joe's collection were this handful of Citadel Fantasy Tribes orcs. 9 survivors and 2 with leadrot in the right. 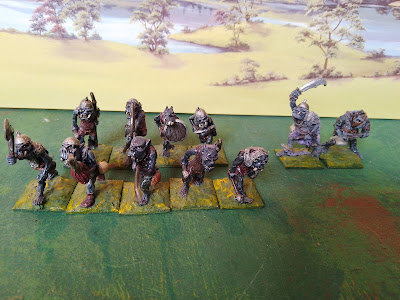 These guys are in the centre of this black and white picture showing part of the Battle of Thistlewood in WD43. 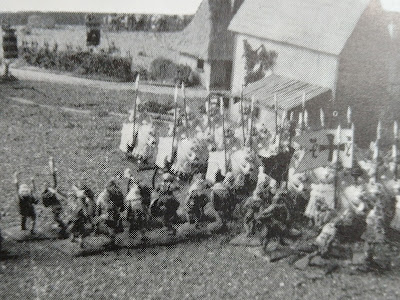 They are named as Vile Rune Orcs, part of a unit of 50. I don't know if there ever were 39 more, as Joe's collection doesn't always correspond with the army lists in his articles. I made the unit up to 50 anyhow, painted to match the survivors. 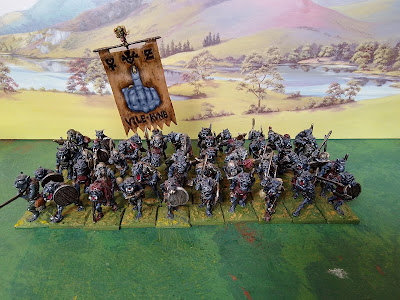 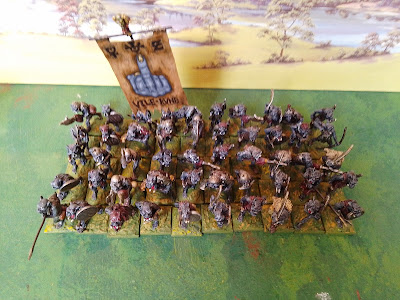 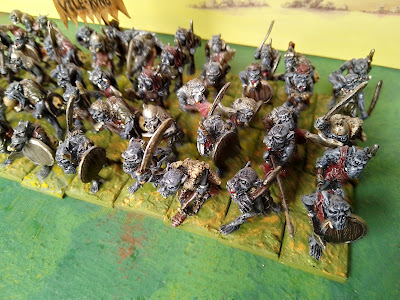 Hopefully you can't tell which ones are Joe's 40 year old paint jobs and which are mine. The yellowing metallics on the original figures was mimicked by a wash of GW Seraphim Sepia over GW Ironbreaker. 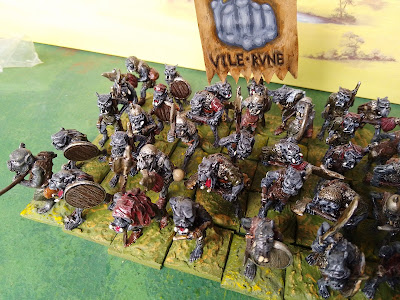 The Vile Rune Orcs appear to have been invented by Gary Gygax and first mentioned in a Wargamers Newsletter battle report in 1971. Gygax in a later interview mentions that their symbol was a fist with a raised digit. They are again mentioned in The Monster Manual 1977. Joe Dever was of course a champion D&D player, so would no doubt knew the name before he used it in the Thistlewood scenario and later in Bloodbath at Orcs Drift.

I painted the banner as described by Gary Gygax, but added a few runes from the Vile Rune orc banner shown in Bloodbath at Orcs Drift. Finally I topped the standard with an early 80s Citadel Broo head I had knocking about in my bits box. 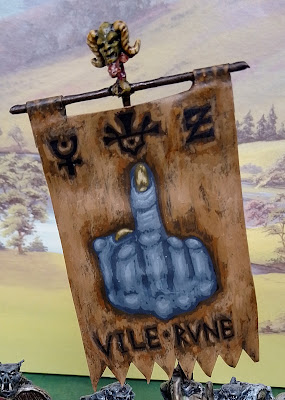 Posted by Springinsfeld at 07:37