My oldest son has been seduced big time by Frostgrave...we haven't played a game yet (my fault) but he has constructed an entire board of ruined buildings off his own bat, both scratchbuilt and purchased. I'll be posting a picture of these soon, but in the meantime let me introduce my warband.

Professor Grunkasse we have met BEFORE, he of the lunar head. The Professor is an elementalist, but an elementalist with a difference. He believes there is a fifth element as yet proven to be one of the essential components of the world....... CHEESE! In his lighthouse on the east coast of Gonchovia, the Prof. has been labouring to find a source of the rarest cheese in the world.... Greencheese , or Mooncheese. It is known that the moon is made of this rare substance and he believes that if he can find a supply on terra firma he will be able to prove his theories and become the first and greatest cheesomancer the world has seen. Legends whisper of  a lost city that lies in a hidden valley somewhere in the not noticed mountains between the lands of the Pewter Moon dwarves and those of the Wild Woods of the Owl Elves. The city of Grasslichauch was famed for it's fromagers who it is believed had a way of duplicating the subtle textures of Mooncheese. Professor Grunkasse believes that somewhere in the city he will find a supply and so set himself on the path to cheese glory. 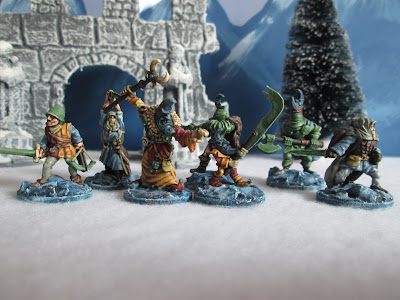 The Prof. usually allies with the Pewter Moon dwarves, but they are reluctant to enter the city of Grasslichauch which they believe to be under the thrall of the Crimson King. So he has assembled a band of followers, all eager for a slice of cheese. You may notice that all items that are usually metal are in fact fashioned from hardened green cheese. This avoids metallurgic reactions with any of the Professors spells. 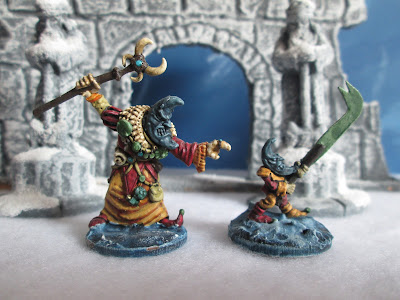 Here is Grunkasse again, with his apprentice Rennet. Rennet is eager to learn the mysteries of Elementalism and carries a hefty cheeseknife at all times. 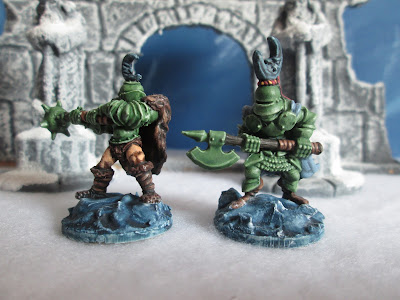 The Earl of Jarlsburg on the right (templar) and his brother Balaton (barbarian). 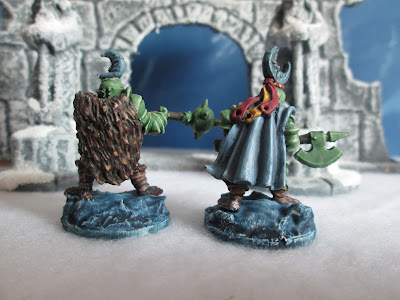 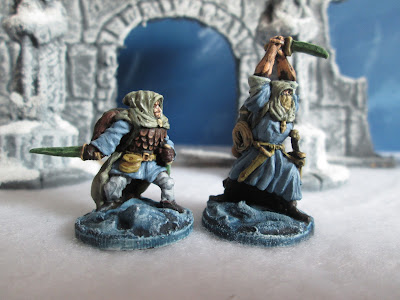 the shifty brothers Cam and Bert (thug and thief) 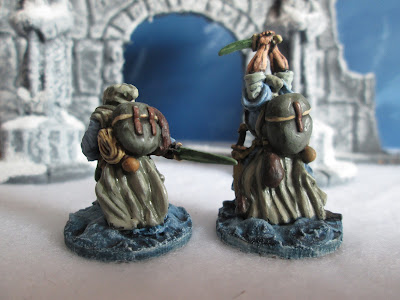 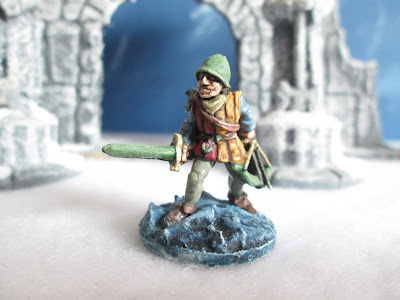 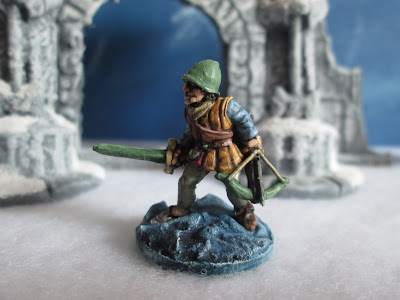 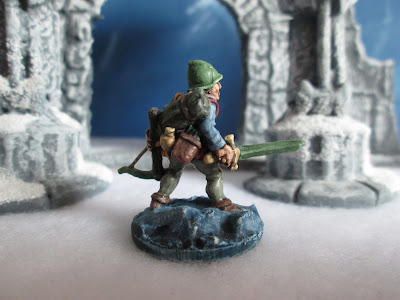 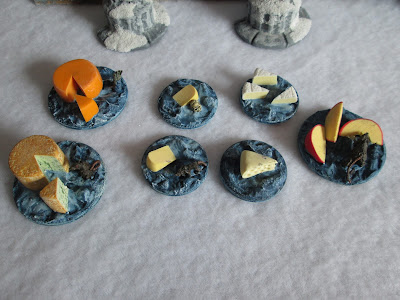 and the treasure tokens!!!!!!!!!!!!!!! Lots of lovely cheese for the adventurers to find among the ruins. 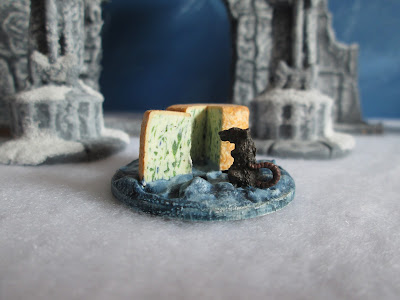 unless others get there first. Son 1  is assembling a rattish warband, perhaps based on the rats in The Box of Delights. 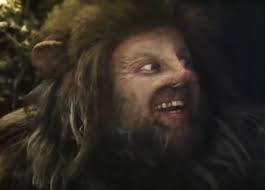 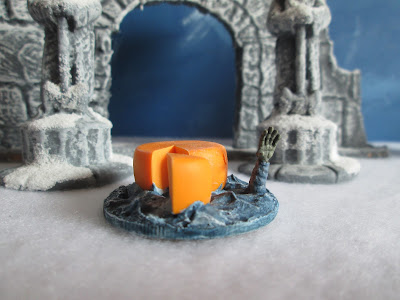 One of my signatures, I often have a random hand sticking out of the ground. 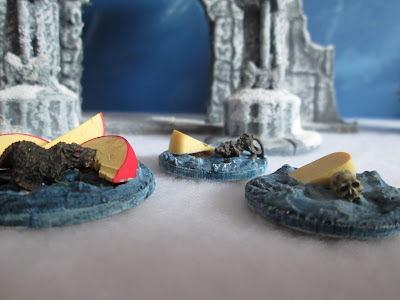 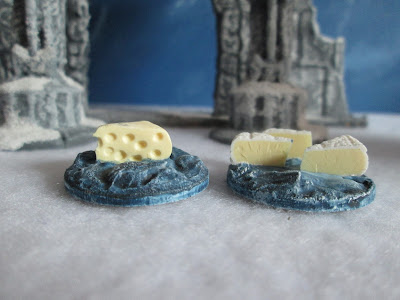 The figures are Citadel and Asgard, and the cheeses from a dolls house supplier on ebay.

Posted by Springinsfeld at 19:22