I think these are the last figures that needed painting for my Thistlewood project,  but of course there could be endless tweaking. I could paint up a more imposing Lord Vassago, and get 30 Minifigs Knights of the Silver Rose to act as Baron Galen's cavalry, but I'm finished really. In the scenario, various houses in Thistlewood contain either terrified of belligerent inhabitants, and in one case, a mad dog.

Back in 1983, there were surprisingly few villager and civilian figures available as far as I could make out at the time. The bulk of the figures here are Hinchliffe and Citadel. 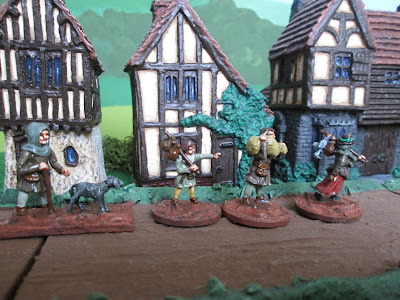 The villagers flee with their baggage and pets (all Hinchliffe) 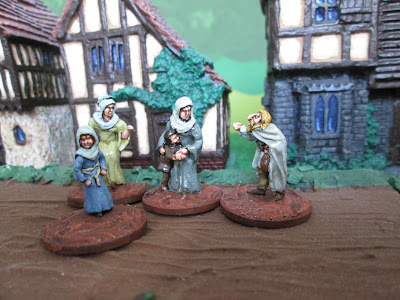 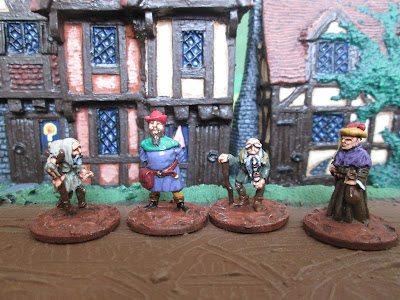 The Village elders, rich and poor (Citadel and Essex) 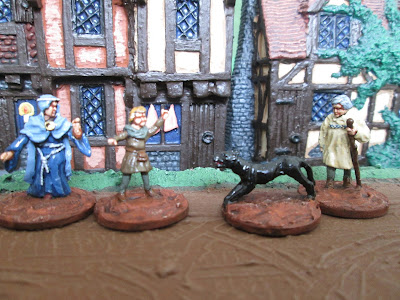 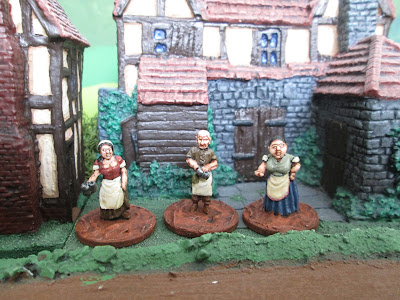 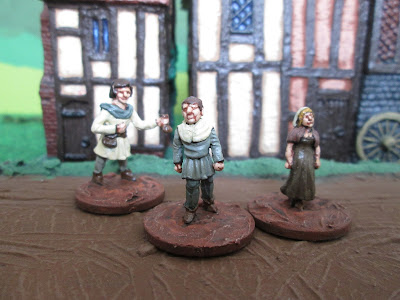 Other townsfolk mill about (Hinchliffe and Citadel) 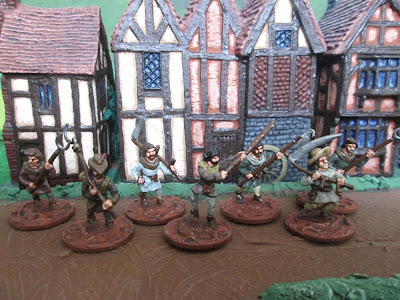 Meanwhile, braver souls arms themselves to repel orcs and undead. (Hinchliffe and Asgard)
These militia are also part of my budding Lion Rampant Robin of Sherwood project, Wolfshead Rampant, soon to appear on my other blog

Posted by Springinsfeld at 17:48