TRAVELLERS ON THE ENDLESS WASTES ARRIVE

Finally finished these this morning and took advantage of Father's Day to claim some more time in the attic to photograph them. 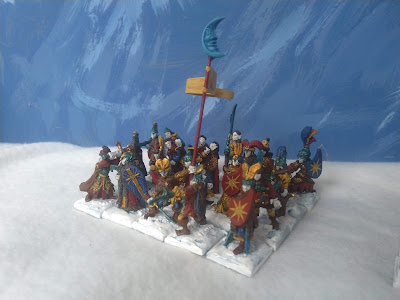 A mixed unit of warriors and archers 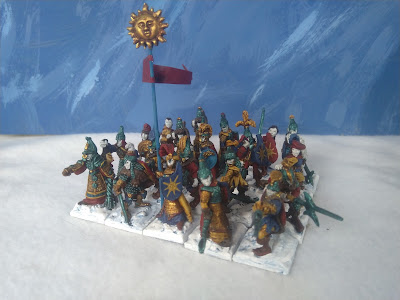 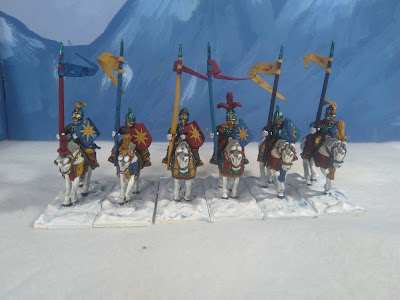 Some cavalry. Assault Group Russians, with a few added plumes. They fit in well with the Eastern European look of the Aly Morrison High Elves. I painted the facial hair as part of the armour as the infantry don't sport any whiskers. 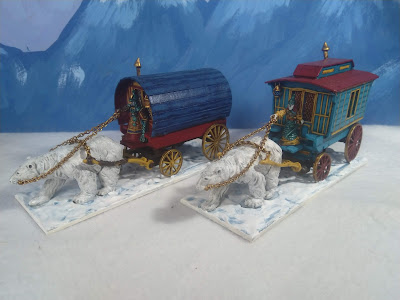 Travellers have to have some caravans, and these are based on not only Jackie Morris illustrations, but also the logo of the band Vintage Caravan 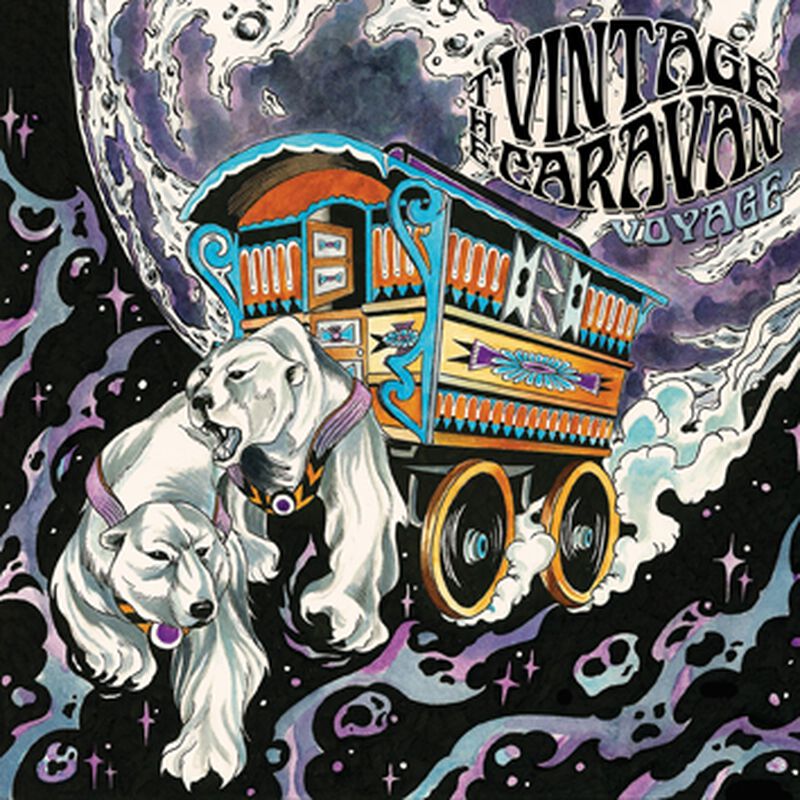 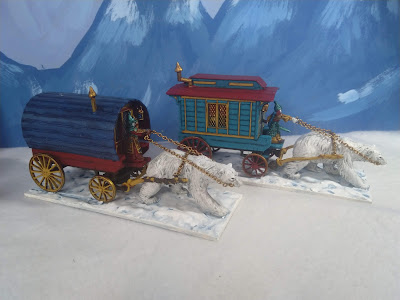 The caravans were MDF kits, and the bears faithful old plastic Britain's . 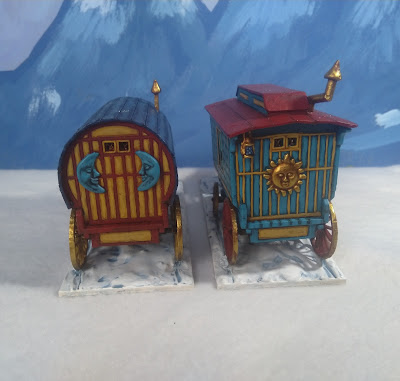 I added some chimneys, and the emblems of the Pewter Moon and the Sun Child, arch enemies of the Crimson King. 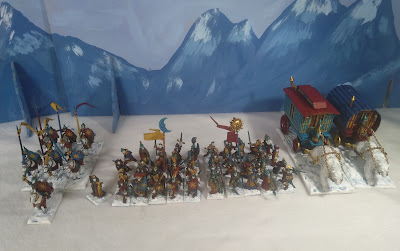 The whole tribe, including a wizard and mounted warrior I forgot to photograph separately.

Posted by Springinsfeld at 12:21