Today I managed to get hold of something of a holy grail for my collection. Another of the original units featured in the Thistlewood scenario in WD43, from Joe Dever's collection. This time the Royal Centaurs of King Amias. Figures by Asgard, I was hoping to collect enough to create the unit myself, but I've only ever been able to buy three, so presumably quite a rare figure.

Here they are in the picture of the army deployment in the article. 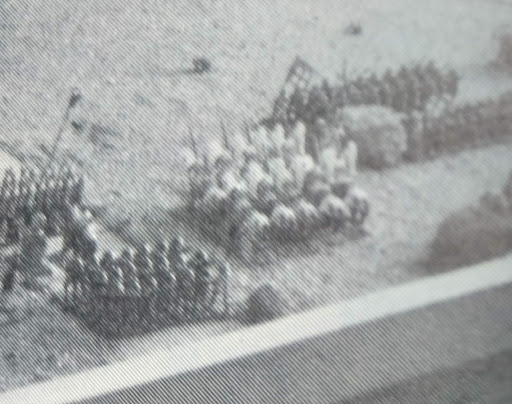 And in another of Joe's battles 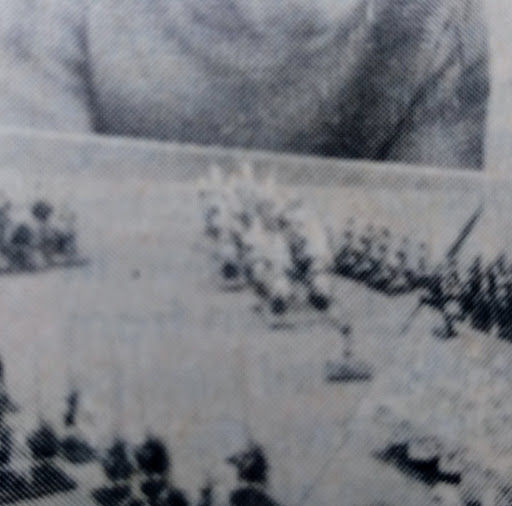 and finally arriving, perhaps a bit battered, to the attic. I'll need to replace the spears, some of which are cocktail sticks, but I won't interfere with the bases or painting. 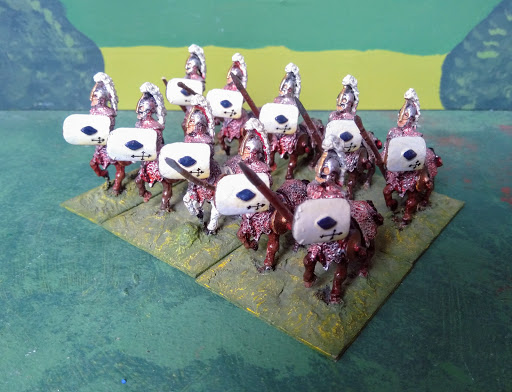 Posted by Springinsfeld at 14:09