Managed to complete the second lockdown challenge set by Geoff. To paint the figure that you've had longest in your lead pile. Well I bought this Ral Partha dwarf in 1979 and was given a duplicate at the same time. The first chap sported a fine coating of Humbrol gloss enamels, and was my first D&D character, a dwarf called Gent. I'm not sure what happened to that version, but his twin had languished in the lowest strata of the lead mountain for 41 years, so it's high time he was painted. 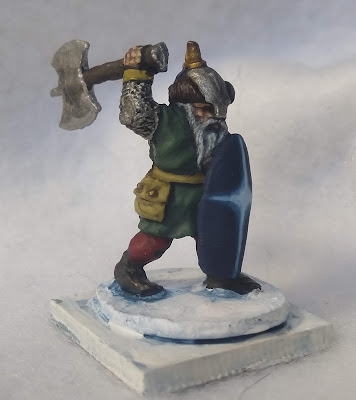 The colour scheme ties in with some other dwarfs I've painted which I'll show soon.

Next shot is progress so far on my Travellers on the Endless Wastes from the last post. About halfway through these lovely Aly Morrison sculpts. 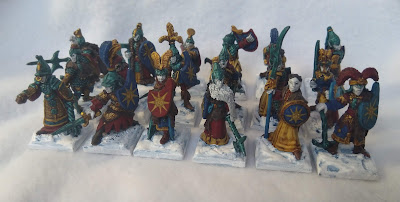 Posted by Springinsfeld at 16:18