THE TOWER OF WIZARD POLIAS

Although not clearly visible in any of the pictures of the original Thistlewood article, the outline of the tower in the right background of this picture 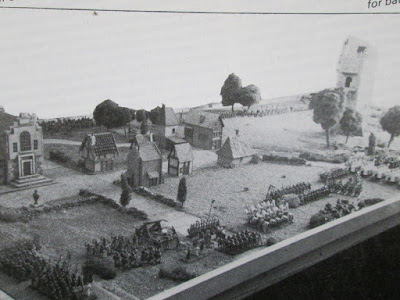 looks similar to the tower from Gary Chalk and Joe Dever's collection which appeared in White Dwarf 53, 8 issues later 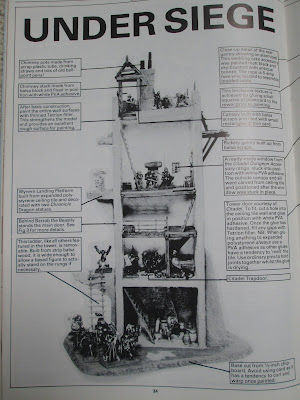 I would have happily had a go at building something similar if time allowed (maybe I will in the future) but in the meantime, to fit in with the other Hovels cottages I am using I have decided to use this piece 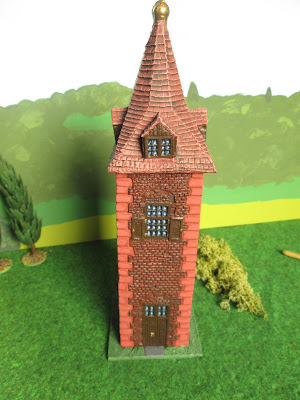 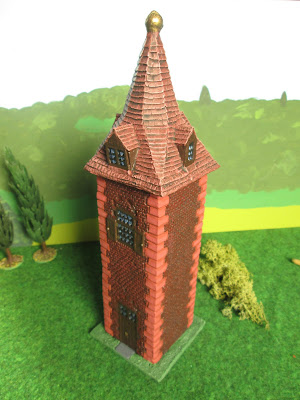 from the hovels European range. It will be on top of a hill to make it a bit more imposing, and has quite a wizardy feel about it. I can imagine to good Polias, beavering away in his study on the top floor, little knowing the fate that awaits him at the hands of the thief Foro Malas.

Posted by Springinsfeld at 15:41