Rebased and glossed, there are 50 of these orcy bods for Lord Vassago's army. More candidates for Erny's Orctober (as soon as I read there might be a prize I frantically started hauling all the orcs and goblins out I could lay my hands on). As I mentioned when I had finished painting them a couple of years ago, I always thought blue was a good colour for these Ral Partha sculpts (some of which are still available from RP Europe.). The vile rune on their shields is from Runequest, a game I never played, but had some of the boxed Citadel sets back in the 80's. 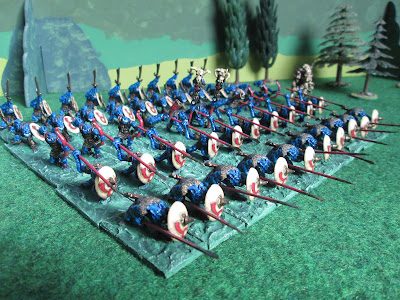 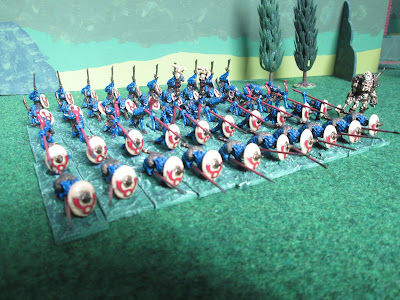 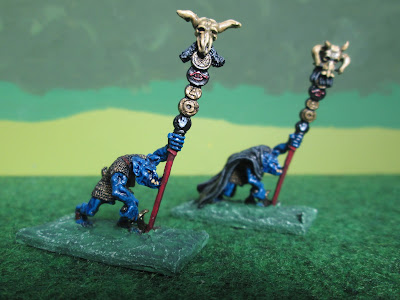 The standards sport the traditional Red Eye and White Hand devices that many 70's orcs used.
I've got a couple of the orc war machines Ral Partha made to go with these figures, so must get them assembled and painted  (maybe for Orctober 2016) 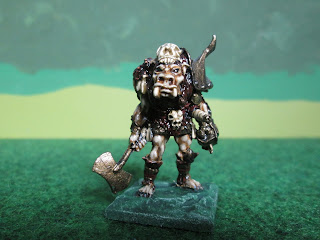 Here is Ugrash -Ka, the Hill Giant leader of the Vile Rune orcs. One of my favourite figures from Asgard, sculpted by Nick Bibby. I completely ballsed up the paintjob, but to be honest I don't think I would have ever done justice to the figure.

Posted by Springinsfeld at 23:57

At last, a worthy successor to RJD'S vocals.