THE CHILDREN OF THE NIGHT

Lord Vassago doesn't have any cavalry in his army, but he does have a large pack of wolves at his disposal. Back in 1983 there wasn't a lot of choice of wolf figures that I was aware of, the suggested Ral Partha figures were a bit small, but these Minifigs lupines from the Mythical Earth range fit the bill . I really like their long snouts. 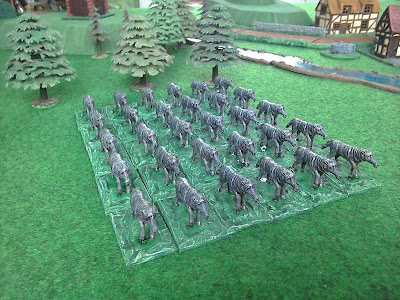 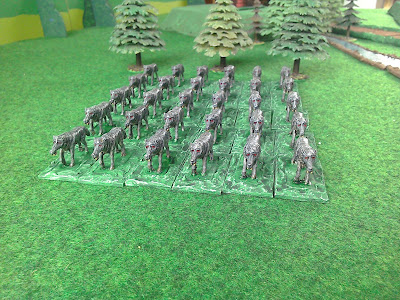 It took me a while to source 30 (some very kind donations from fellow bloggers helped), but now I have amassed another 30 with the original goblin riders, so I must get those finished at some stage.

Posted by Springinsfeld at 19:41