I've been cranking up enthusiasm to try and get my Thistlewood project finished by the end of the year after completing loads of large scale historical figures. Often with various projects I have undertaken before I have left the terrain until last and then lost interest, so taking up the Oldhammer reins again this month I decided to get all the terrain finished and ready and then proceed with more figure painting.

Initially I was to set the re-creation of the first published Warhammer scenario back in 1983 when it appeared in White Dwarf 45 as a 30th anniversary event but that idea flew out of the window. Letting 2 years slip buy to do the re-enactment has it's advantages as it's now 1985 and these rather nice cottages from Hovels are available to use, first released in that year.

There are 6 suitable houses from the "English" range, all still available from HOVELS .Despite what the catalogue online says ALL the cottages are available, but as a couple are far too small to use with more modern 28mm figures they have taken them off the web page but if you ask, Dennis Coleman will cast them up for you.

It's true all the cottages are quite small even for 25mm figures, but true scale houses would completely clutter the table up and these have a real charm about them, cast in chunky resin they are a lot sturdier than the card Warhammer buildings which came along later. 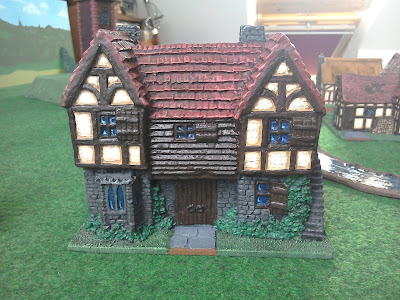 The Inn looks a bit like The George at Norton St. Philip, where I have spent many bibulous hours in my youth. The oriel window particularly. 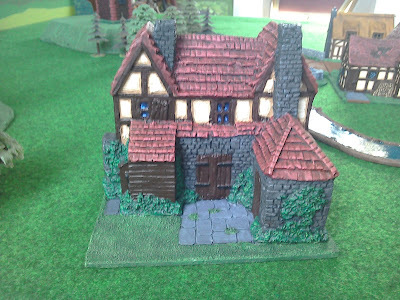 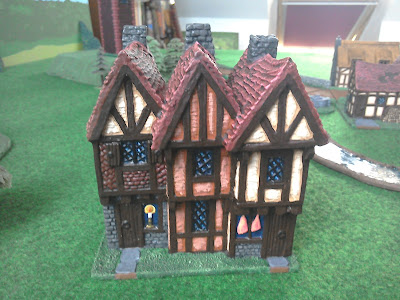 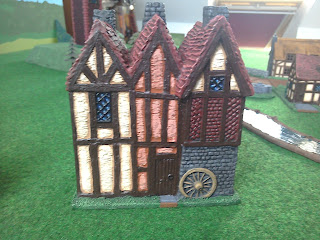 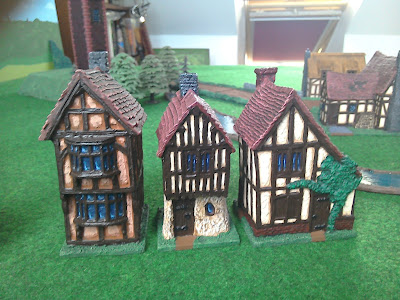 The 3 smaller cottages, deleted from the catalogue but still available. 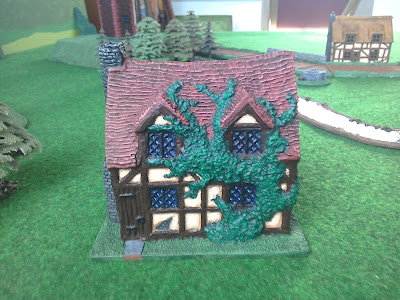 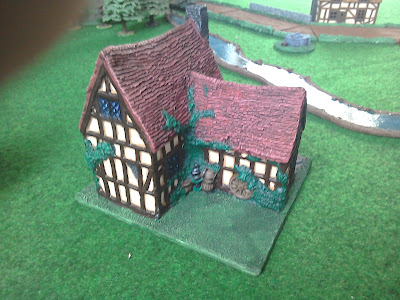 rear view of the Manor, which will be the blacksmith's in Thistlewood

As I need 7 cottages for the scenario, I pressed the good old Airfix thatched cottage into service, a veteran on wargames tables since the mid-1960's I should think, and still available from DAPOL . 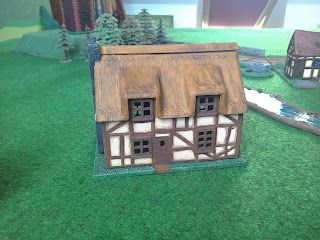 I must admit I found painting them all a bit of a bind, but finally got there. There are more terrain pieces to deal with, and I'll be tackling the 2 bridges next.
Posted by Springinsfeld at 19:34