WHAT DO NAZARETH, RODNEY MATTHEWS AND MINIFIGS HAVE IN COMMON?

Well the first 2 or pretty obvious as Matthews painted a number of album covers for the Scottish band Nazareth in the late 70's, but the latter wasn't clear to me until I took a good look at this figure which has been lurking in the attic for 25 years 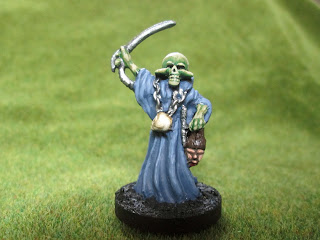 I reckon he is based on the cover to No Mean City by the aforesaid band . I painted him to match anyway (base to be finished later). I think I will use this figure as N'aarsh, Vassago's spectre champion. 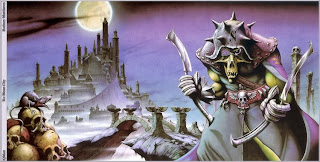 I went to see Nazareth a couple of times a few years ago in Bristol. Still rocking well.

Posted by Springinsfeld at 21:21