Last year the opportunity arose for me to buy some of Joe Dever's collection. I had been on the lookout for his figures, having the feeling some of his estate might be sold off after his sad and untimely death in 2016, and sure enough they started to appear on ebay.  I contacted the seller and was told Joe's collection was being sold in order to raise funds for his son, so I provided a list of figures I was interested in, among which were  my Holy Grail of wargaming units, Baron Galen's cavalry from the Thistlewood scenario in White Dwarf 43, pictures below charging a line of orcs 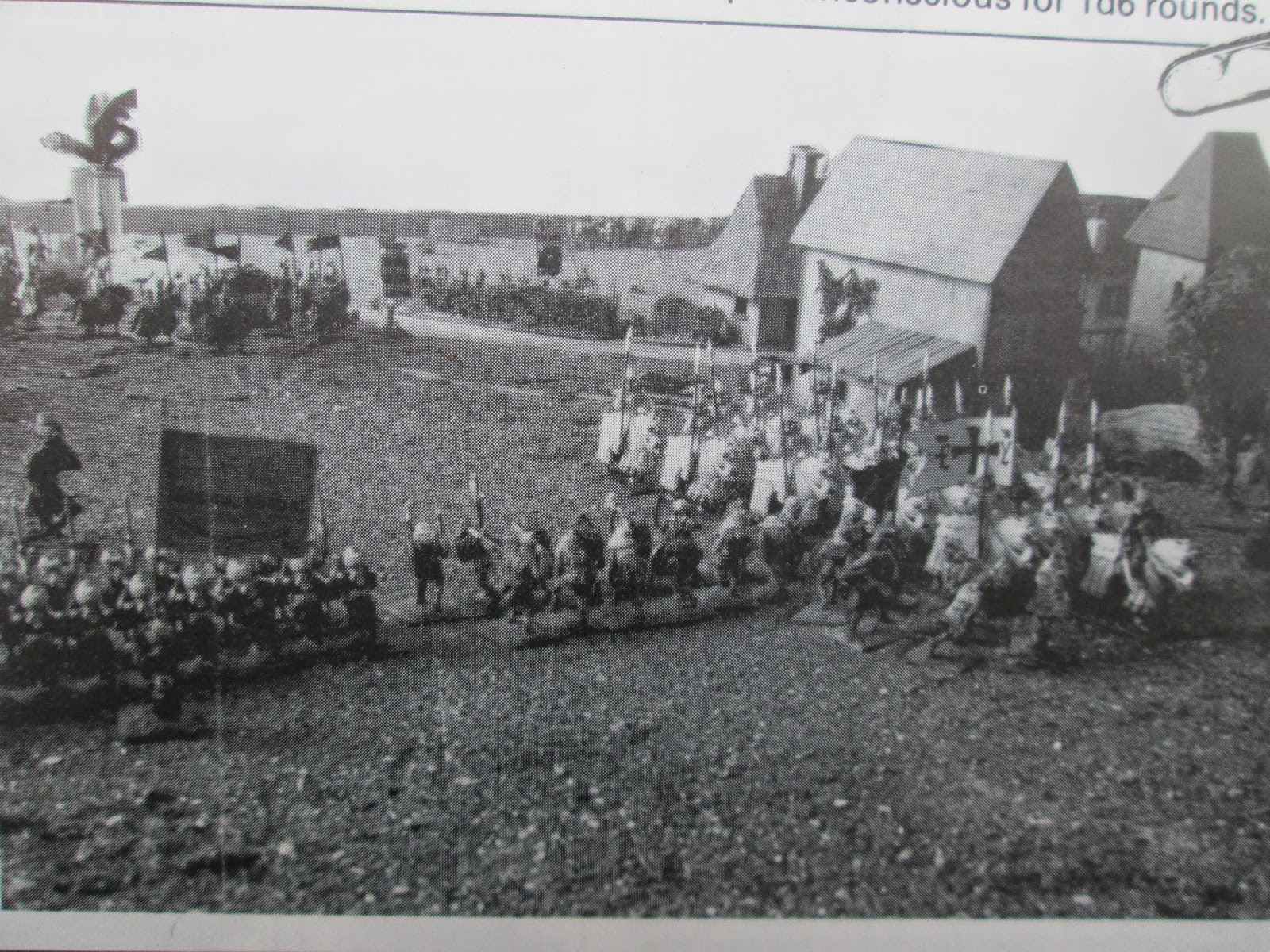 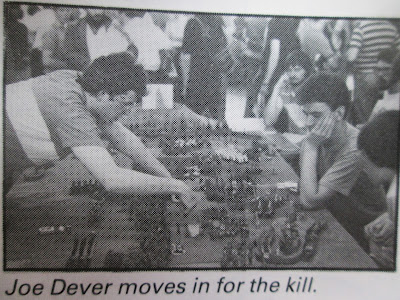 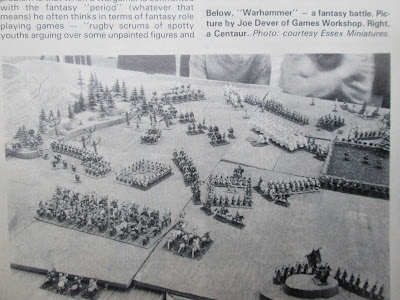 and here they are in full technicolour residing in my attic 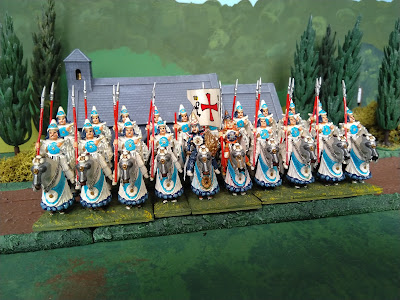 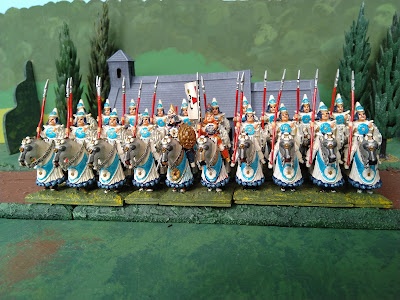 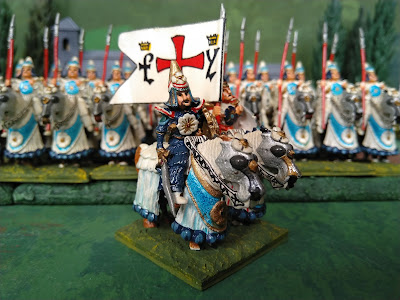 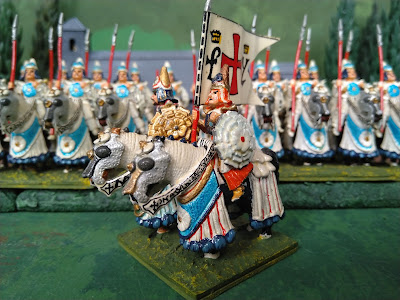 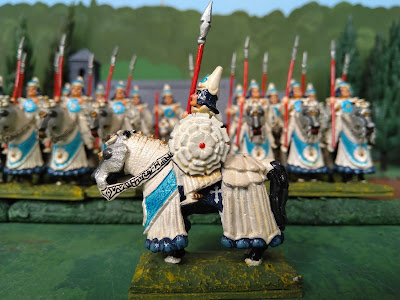 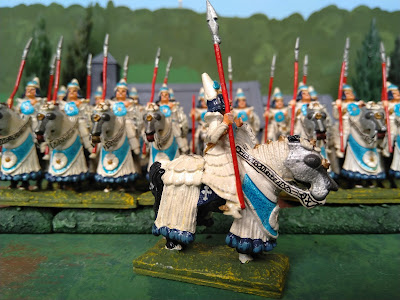 They are beautifully painted, and I have a feeling they may be by a friend of Joe's as his style was quite different. The varnish is starting to yellow which gives them a pleasing ivory look (not visible in these pics).

In the first picture of the post, showing the Thistlewood game, there is a wyvern swooping down in the background...part of Lord Vassago's army.... 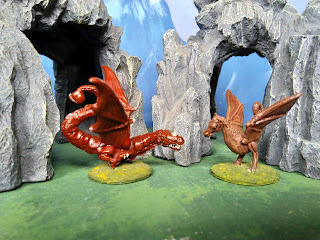 The beast on the left is the very same figure, accompanied by another from Mr.Dever's collection.  They are both Citadel Fiend Factory figures.

Needless to say I am beside myself with glee to have been able to purchase these figures, part of photographs which inspired me and filled me with wonder as a youngster. I have bought a few more items from the collection, and hope to show you them in the future.

Posted by Springinsfeld at 19:07