CLAN OF THE JADE BAT

I finished these a while ago, but have been waiting for some free daylight time in which to photograph them. Middle son, whom we home educate, was feeling ropy today, so we scrapped lessons, and while he chilled out with Return of the Jedi, I snuck up to the attic to take some pics. These Minifigs Hobgoblins were surprisingly quick to paint, but as usual, I prevaricated about the bases for weeks. First they were painted green, to fit in with other Prehammer figures in the army, then brown, then I decided I might want to use them for old school Dungeon games (when this might happen I have no idea) so changed them to grey, which I'm not entirely happy with. I suspect they might change again. I'm not fussed about bases matching in an army, so long as they suit the figures.

To re-cap, these guys are for a reconstruction of part of an early 80's Joe Dever battle you can see here . Airfix dinosaurs, Airfix Sherwood castle parts, Minifigs and Tin Soldier crew. All available in the early 80's (pre '83 is generally my goal). 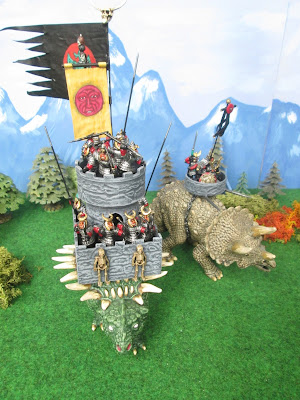 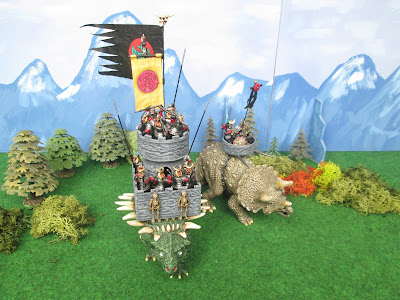 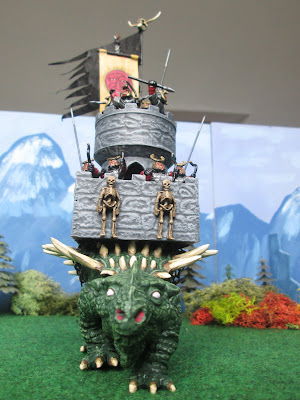 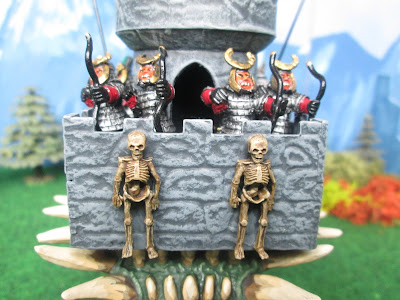 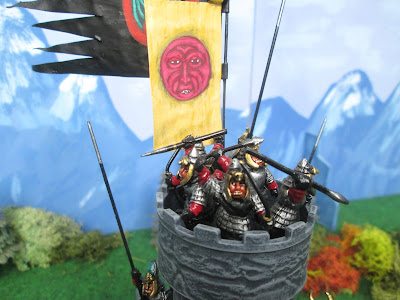 The Banner of The Crimson King, a recurring character in the odd world from inside my head.The Jade Bat Clan are in his service.  The piled heads are from the top of an old Broo standard I think. 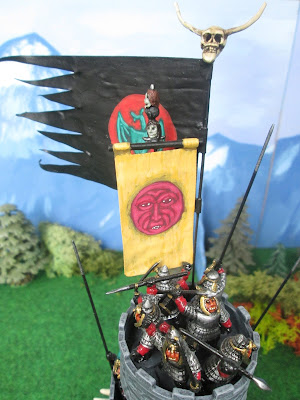 The Horned Skull is an Asgard ogre skull with added horns. Dave Wood  helped me out with this piece. 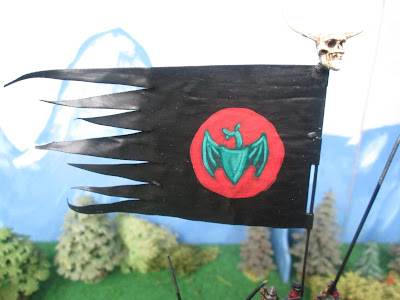 The badge (or mon) of the Jade Bat Clan 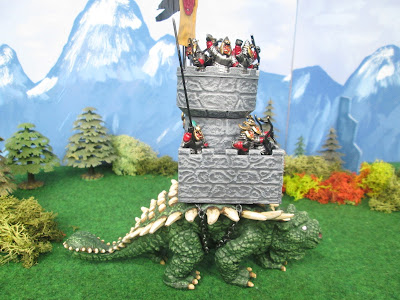 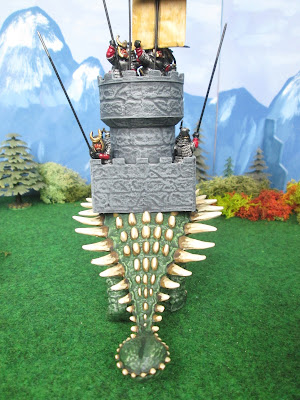 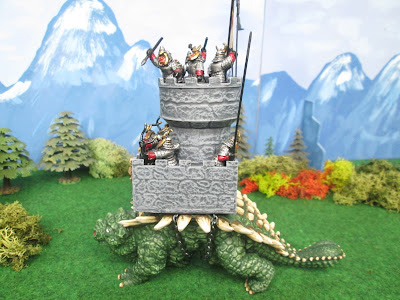 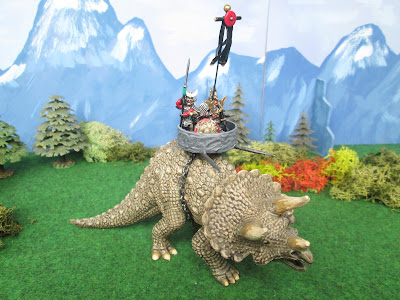 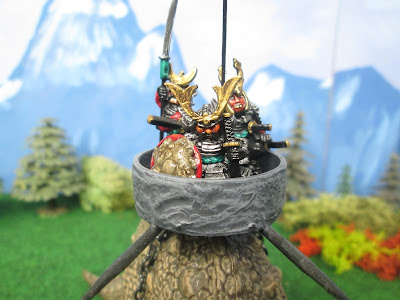 He carries a shield coated in dragon hide. 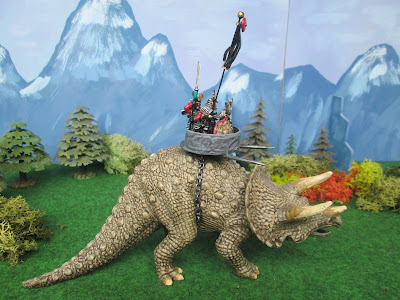 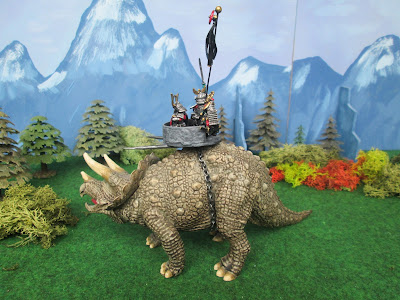 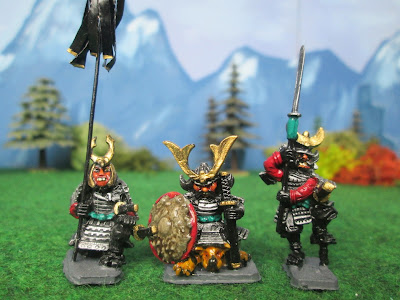 These are Tin Soldier samurai. The left hand standard bearer has had a head swap, but the others look quite Hobgoblinish. I think they are wearing masked helmets, but I've painted them up as faces. 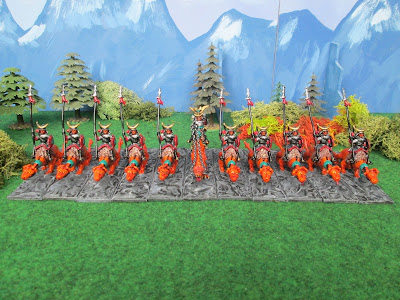 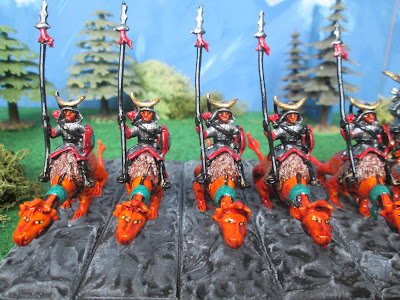 The lizards were going to be yellow, but somehow ended up orange. 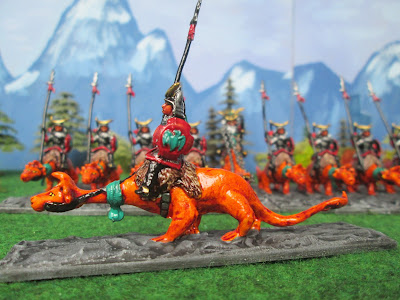 Their shields sport the Jade Bat too. 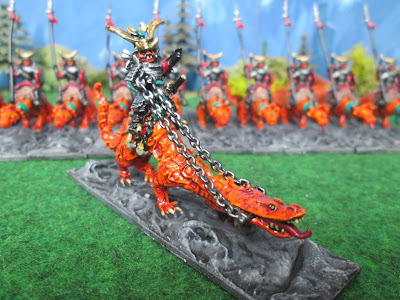 Another Tin Soldier dude, mounted on a Ral Partha land dragon. This is Saiko Madasakoi 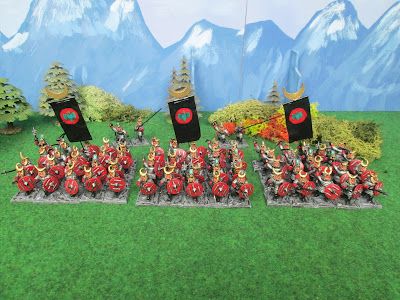 The rank and file...good old Minifigs Hobgoblins from the late 1970's. 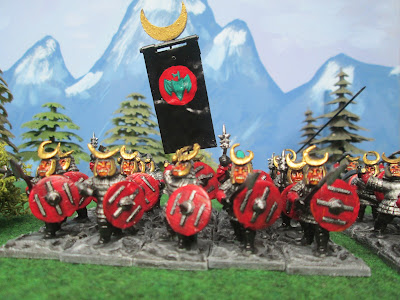 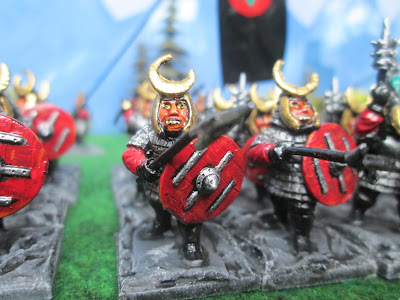 I painted them following the description in the Monster Manual, but also following the lead of Spooktalker, over at Belched from the Depths . I don't think I've seen figures better painted than his. Mine are pale shadows of his amazing work, but I appreciate the inspiration he gives me. 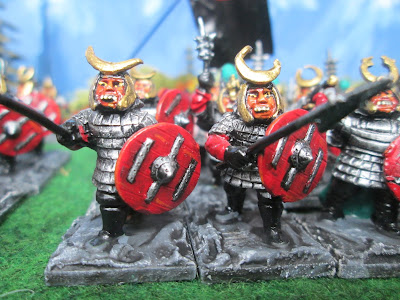 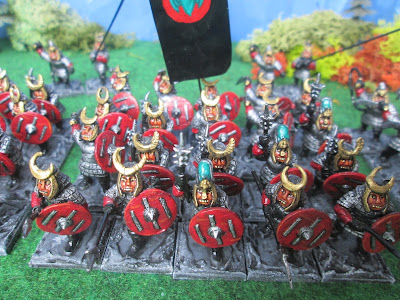 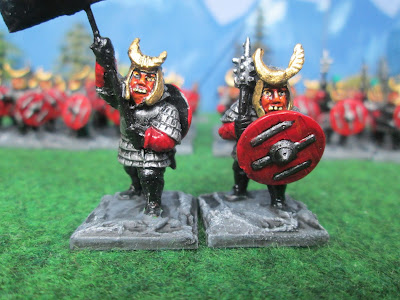 The mace warrior on the right is my favourite pose. 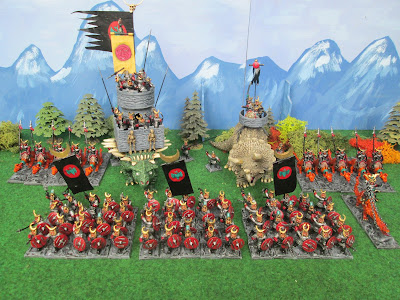 The entire clan in array.

Posted by Springinsfeld at 08:52