GROND, HAMMER OF THE UNDERWORLD

The 1984 Minas Tirith project has been bubbling along, but I stalled as I started to paint 60 orcs.... wondering just how I was going to do them. I'm following in the footsteps of Joe Dever, who unfortunately painted his orcs various shades of green, and I really don't like green orcs. Also I was waiting for the Hinchliffe orc moulds to be ready as I thought I might use them rather than Ral Partha figures.

Another factor was the original article shows an amazing model of Grond, the huge battering ram used by the army of Mordor to smash the gates of Minas Tirith... 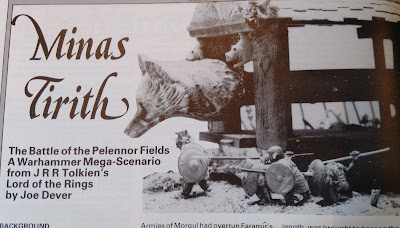 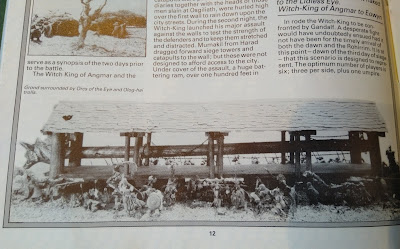 Was I going to try and reproduce this model? 20 years ago I'd had a go at replicating it in 15mm 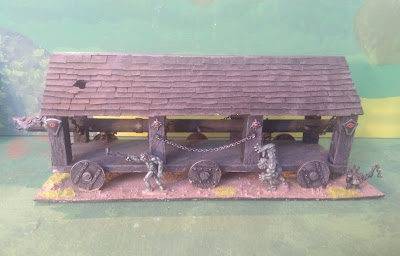 I didn't think that nowadays I had the time or patience to attempt it on a larger scale. The original model didn't seem to be in Joe's collection that was being sold off although I did manage to pick up the beast train that drew it. 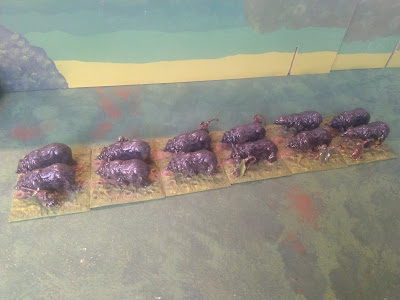 So I decided to try and contact Joe's son, Ben. Without much hope admittedly. Happily I managed to make contact with him immediately, and in the course of an email conversation, I asked " do you happen to know what happened to that great big battering ram your Dad made?" He replied "yes, it's in a cupboard in my house.... Would you like it?"!

Needless to say I bit his hand off , and after a 265 mile round trip, I'm now the dazed and very proud owner of this piece of Warhammer history. 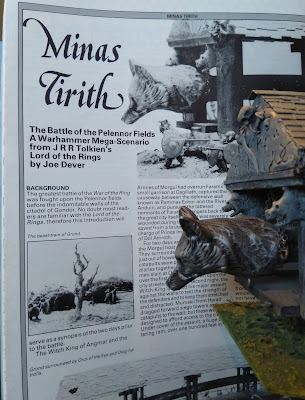 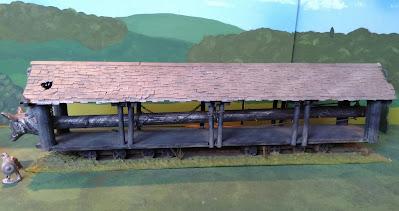 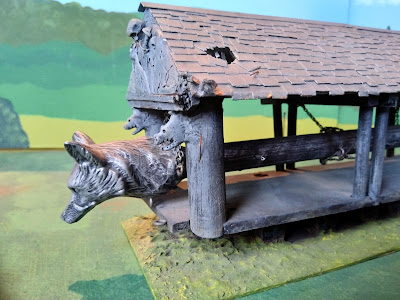 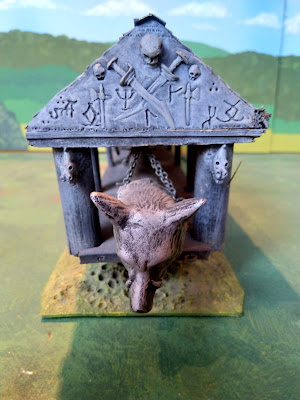 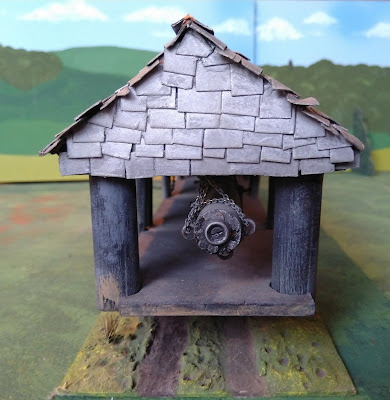 Considering this model is probably nearly 40 years old, it's in remarkably good condition. Only a little bit of creasing on the roof tiles and some of the arrow fletchings have come off, which I'll have a go at replacing.

The wolf head looks slightly fox like, and I have heard tell that it started life as a walking stick handle.

As well as this stunning model, Ben kindly gave me a splendid wizards tower, which needs a bit of repair work, and then produced a box of his dad's figures and asked me to take any I wanted! I'll be showcasing these in a future post.

I'd just like to thank Ben again for generously handing over this model which must have been kicking around his life since he was born and taking time out of his busy schedule to meet up with a slightly fanatical admirer if his father's games and models.

Thanks also to Geoff and Solly Solomon-Sims of Oakbound Studios for company and navigating on the quest to get Grond.

Posted by Springinsfeld at 15:15