Not a Dr. Suess book, but a post warning I've introduced Captcha to my comments after a barrage of spam (I was warned by Thansants, and should have paid heed). Hopefully that will keep the bots at bay.

After sticking shields onto all my non Heritage riders of Rohan, I remembered I had a pack of Oyumaru which I hadn't tried out. So I made some press moulds of an existing Heritage shield which took about 10 minutes. I then had a go with green stuff in the moulds with varying levels of success. 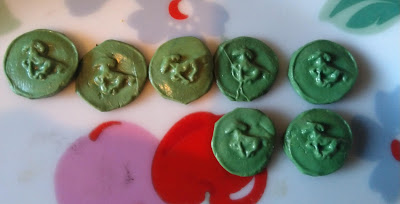 The green stuff didn't seem to cure very well, so I popped them in the fridge to harden up hopefully. I then tried milliput in the moulds which should be ready by tomorrow. 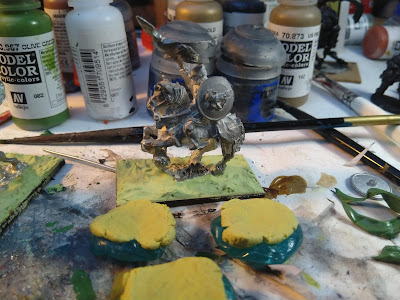 Posted by Springinsfeld at 17:59