Another sort of " ... hammer" to get me sidetracked, but this has been a fairly swift (for me) , force to get this far. Inspiration comes from the wonderful Sword in the Sprue blog, so much, that I have even copied a lot of the paint schemes shown there. I wanted to do a small army with minimal expense, effort and planning, simple painting and GLOSSY.

First we have  The Plum Pudding Gnomes, finished in time for Christmas. 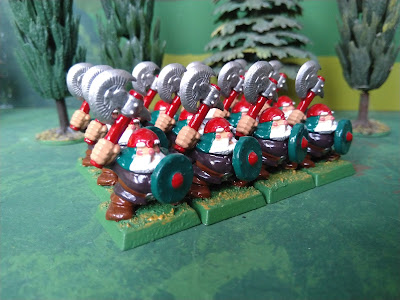 Next up some archers, painted in the same colour schemes as Britains Deetail Longbowmen. 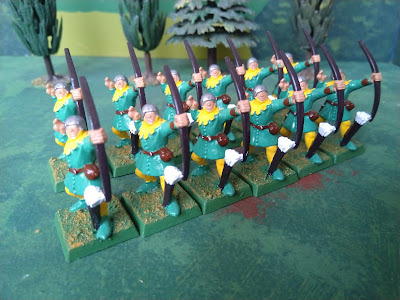 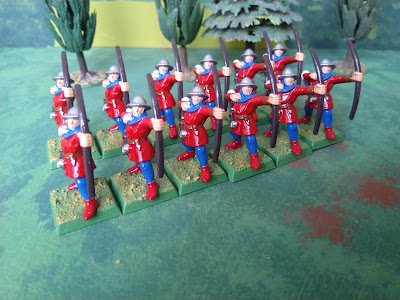 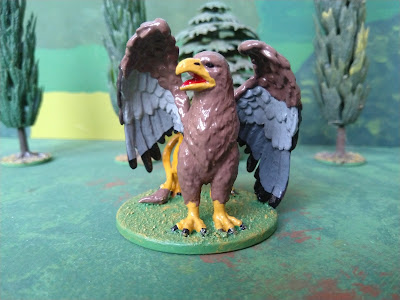 2 units of Sky Dwarves (just realised I forgot the second coat of Ironbreaker on the weapons). 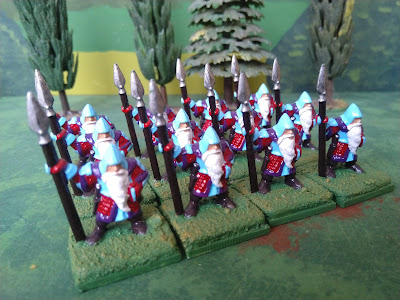 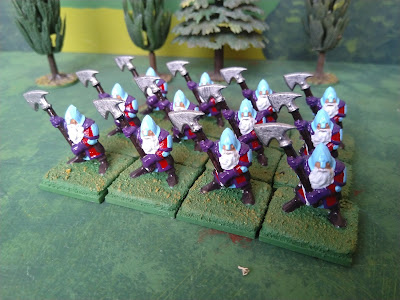 Brother Clavicle and Merkin the Magician 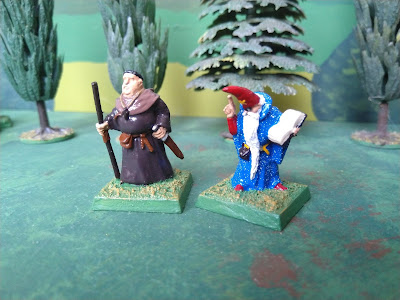 That's the army so far, although I have almost finished a unit of mounted knights. All these figures were dirt cheap and the 2 characters were metal chaps I've had for a long time. As I mentioned before I hated the chunky Citadel plastics when they came out, but now I love them. Easy to paint with no deep undercuts, they lend themselves well to block painting. All these were primed white first and were fairly quick to do, although each colour had to have about 3 coats to be completely solid which was rather annoying. I have a few more units planned.

It's been a busy year with toy soldiers taking if not a back seat, at least a passenger seat. Family duties and a new hobby have been filling up a lot of spare time. Hopefully next year I will find more time and energy to post more on this blog.

HAVE A VERY MERRY CHRISTMAS ONE AND ALL.

F
Posted by Springinsfeld at 13:55