I don't have that many undead figures, but I dug this nugget from the lead mountain last year. They are Grenadier figures from about 1985, so fall into the "new-school" category in my collection, but they do have a real 70's vibe about them. The empty hood with raised nodules inside to paint as eyes, the improbably shaped weapon and the coffin shaped shield all remind me of earlier figures, in particular the Servants of Sauron pack by Heritage Miniatures. I picked these up a couple of years ago from EM-4 Miniatures at a show, where they often have rummage bins of cheap Grenadier bits and bobs. 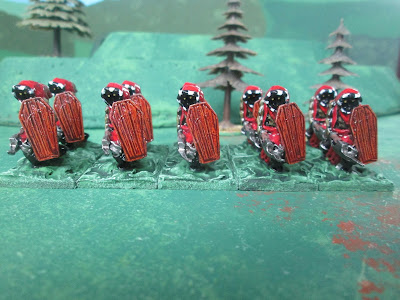 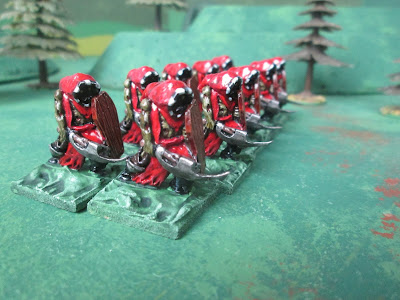 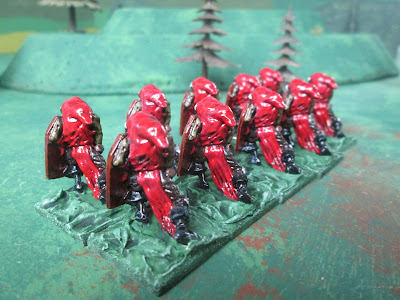 I haven't thought of any fluff to go with them yet, other than the name.

2018 has kicked off to a good start with myself managing to get 2 games in so far and a promise of more to come. The first was a great game of 2nd edition Warhammer, after meeting up with some fellow Oldhammerers who live nearby. We played 3 scenarios from Terror of the Lichemaster which was new to me (although I had heard of it of course), on absolutely stunning terrain made by Geoff of Oakbound Studios. Here are a couple of not very good pictures which really don't do the terrain justice (or his figures for that matter).  Thanks to Geoff and H. (our host) for a great day gaming. 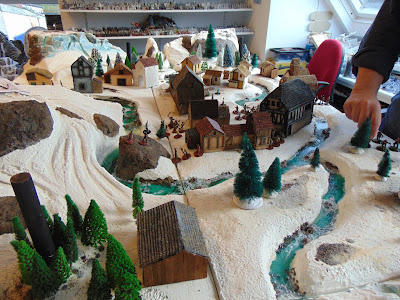 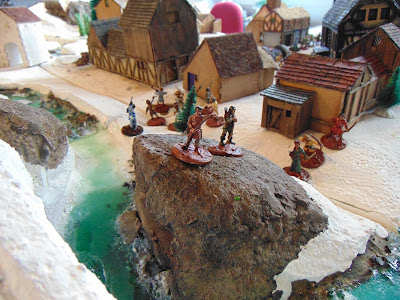 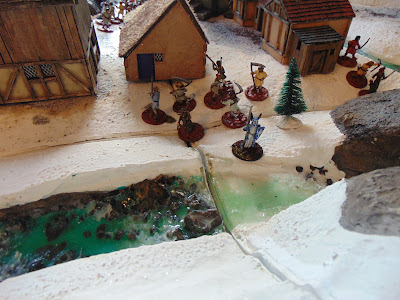 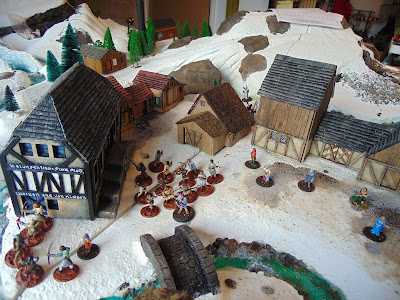 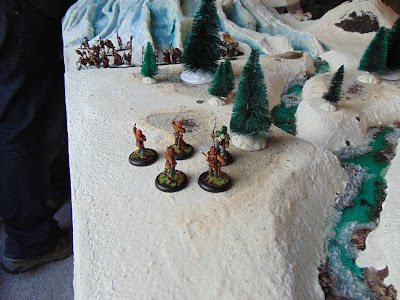 The other game I had was against my old gaming friend Speckled Jim, facing off 2 Viking warbands using Lion Rampant. I thought I had won this but have just realised that I was claiming Victory points that I didn't deserve....needless to say I haven't mentioned this to the defeated Warlord. Next games in the horizon are a game of Dragon Rampant and a game of The Woods, using Oakbound Studio rules.

Posted by Springinsfeld at 10:27