Well it's been about 8 month since I posted anything..... mainly down to my own ineptitude with a camera and computer, but real life getting in the way (as an aside I want to start a group called Parents against Homework because that's all my missus and me seem to do nowadays. I can't believe the amount our boys bring home...it's ridiculous).

Moving swiftly on, I have finished my copy of this picture from White Dwarf 35, which I've been wanting to do since I was about 13 years old. I've had to substitute some figures I think (those are Dragontooth elves in the fort, but I have had to use Minifigs), and I believe there are some Asgard orcs in the front line, but I've subbed them with Chronicle  which Joe Dever certainly had in his collection. I am pretty sure all the figures in my version were available in 1983 plus Airfix dinosaurs and castle, Merit Trees 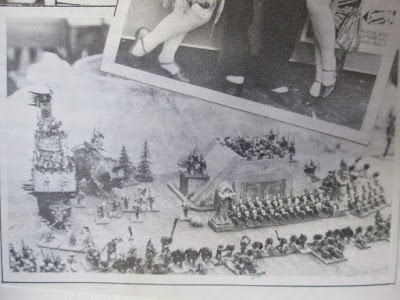 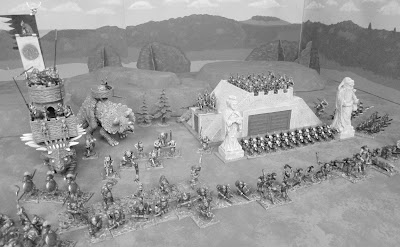 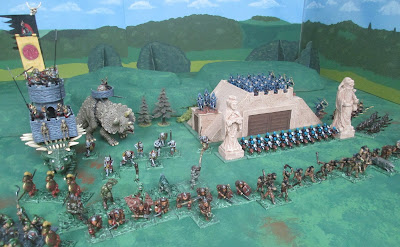 I spent as long as I could arsing about with angles to try and get the line up the same, it's not exact, but will do.

Below are some rushed shots from different angles 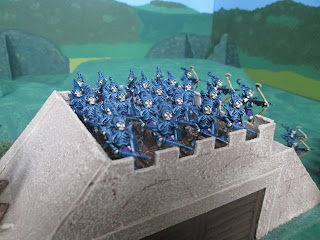 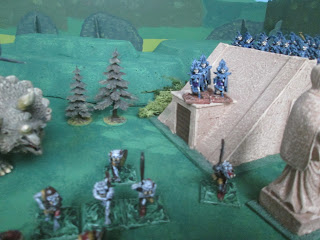 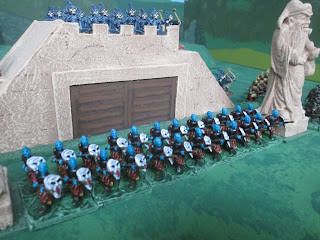 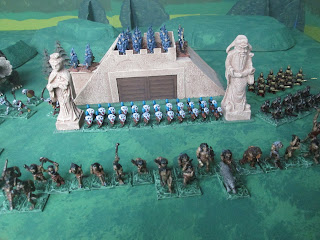 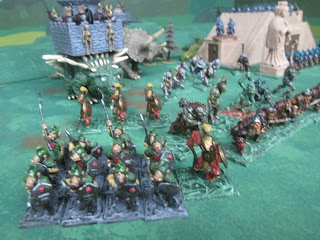 Hey ho. I am continuing painting pre slotta figures and will post some more soon, but I also hope to get my King Crimson armies underway , to use with Kings of War.

Posted by Springinsfeld at 13:26