THE KING'S INFANTRY MUSTER FOR BATTLE AT THISTLEWOOD

At last, I had some time off today to take some pictures of the King's army as it stands so far. Pretty much finished, but with a few extras to do (such as a catapult), which aren't mentioned in the army list but appear in the pictures illustrating the article.

Here we have the human infantry, the king's Pikemen, macemen and swordsmen. Each standard is emblazoned with the image of the lost Chalice of Landemar which the small but elite force is charged with recovering. 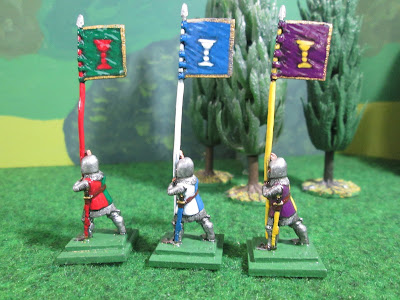 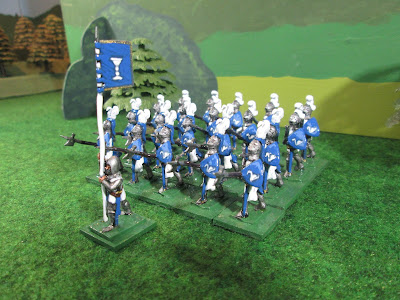 The pikemen (interpreting "pike" in the Victorian sense, as a halberd)
Knights of the Chalky Goose 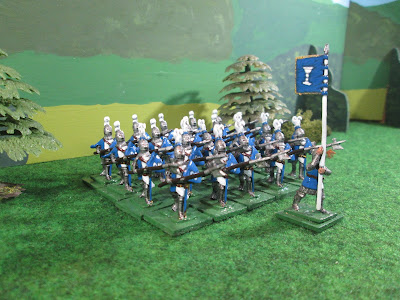 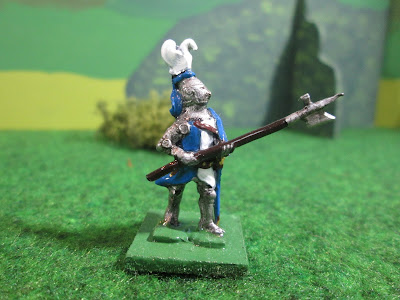 These fellows are cunningly painted to be used as Men-at-Arms of Dol Amroth in OS Middle Earth games. The swan crest decided that straight away. The LOTR idea is still embryonic but I have done a few figures. 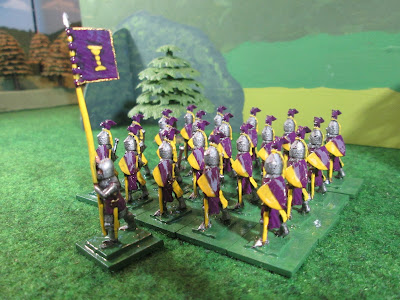 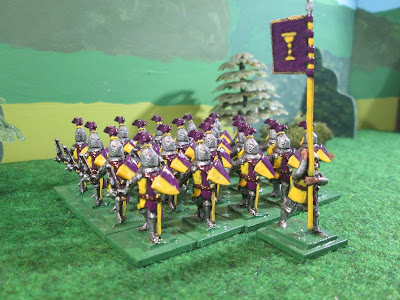 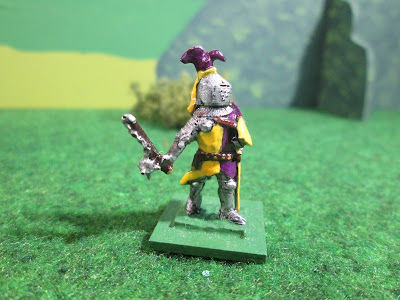 and finally the swordsmen, Knights of the Scarlet Auk 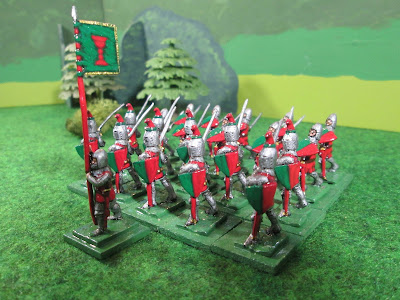 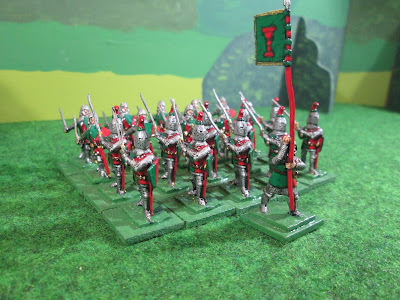 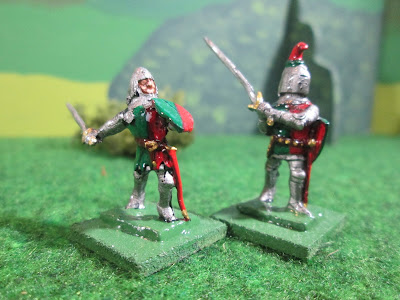 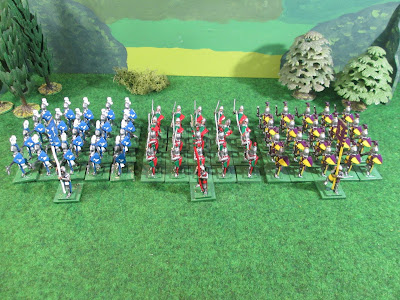 As the small part of the army mobilised by the king consists of elite troops, I thought it best to use well armoured knight figures, trusted chevaliers who will not spill the beans about the missing chalice.

The standard bearers are Minifigs, and all the knights are Garrison figures,all finished with yacht varnish for that extra goody two shoes gleam. Cavalry coming next!!

Posted by Springinsfeld at 21:49