More figures for the King's army, the Imperial Guard 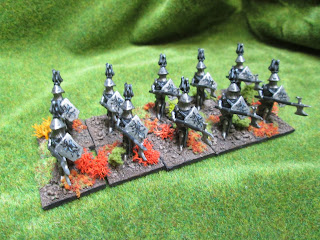 figures by Garrison
click here for the same figures painted in a more retro style!

I popped up to Warfare at Reading which was a very good show, and managed to bag a box of 1970'S Ral Partha figures and a Fantasy Tribes Troll (50p!!) at the Bring and Buy. It was nice to see old figures like this still appearing among the mountains of Space Marines and Newhammer detritus.

Posted by Springinsfeld at 18:59